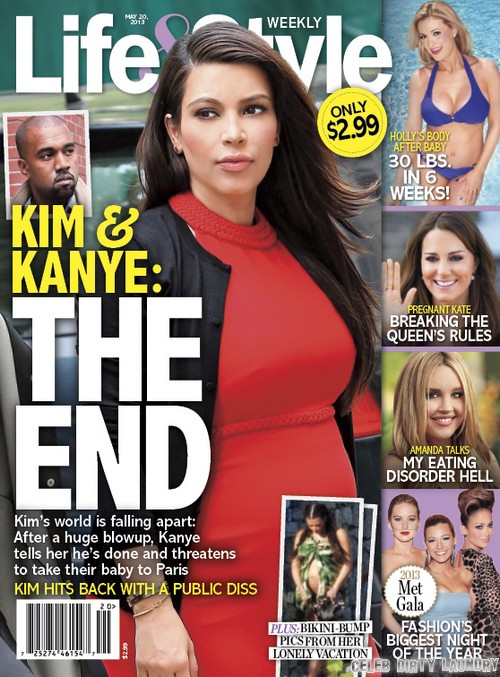 Kim Kardashian is featured on the cover of yet another celebrity weekly this week. Despite the fact that Kanye West took Kim as his date to her first MET Gala, it appears that their relationship is nearing its end. In fact, the magazine claims that Kanye is planning on taking their baby to Paris with him after it’s born. Perhaps he’s sick of hearing the reports that Kim is going to have their baby on her TV show?!?

KimYe is front and center on the cover of Life & Style and the end is near! The magazine reports that Kim’s world is falling apart and that after a huge blowup, Kanye tells her he’s done and threatens to take their baby with him to Paris!

Should Kanye take the baby and run with it once it’s born? Do you think that their baby would have a better shot at a normal life if it’s not subjected to reality television cameras on a regular basis? Hit the comments and let us know what you think!