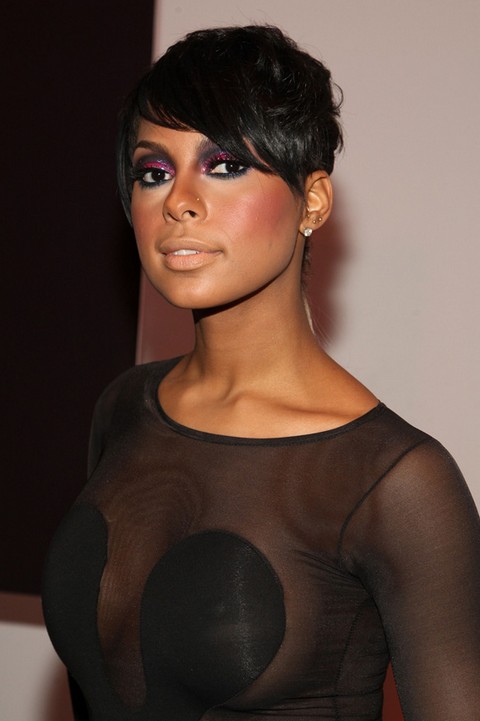 From an outside perspective, it may seem that Kim Kardashian’s bizarre world is coming to an exquisitely happy ending; she’s got the man, the baby, the pending ex husband, and money to burn. There may be a few speed bumps ahead, but for the most part, Kim’s life seems to be going just how she hoped! Sure, Kanye West blew her baby announcement, and her family is bickering like ravenous jackals, but she’s getting more media attention. But Kanye’s ex girlfriend Brooke Crittendon is opening up, shedding some insight on Kanye as a boyfriend, and wants to warn Kim that Kanye isn’t in it for the long haul!

The Sun reports that Brooke and Kanye dated for two and a half years, before his deep-rooted insecurities became too much for her to handle. “He was insecure as he couldn’t be with me every day. I got the impression he worried he wasn’t good enough for me,” Brooke reported. “He needs people to tell him he is good and that he is needed and wanted.” Kind of like Kim? It isn’t just his insecurities that will get eventually force Kanye and Kim to break up, though.

Brooke claims Kanye “admires Jay–Z,” and wants his life! “Jay has been a role model to him. Whether it is starting to be more mature, taking chances with clothes or getting married and starting a family, ultimately he takes those cues from Jay.” That must be awkward, since Kanye’s list of dream girlfriends once included Beyonce, along with Halle Berry and Jennifer Lopez, all ideal women in his book!

Kanye “definitely has an appreciation for the feminine form and a curiosity. As a celebrity, sex becomes cheap but his obsession with sex was more sophisticated.” Brooke claims. But as the women on Kanye’s list started pairing off, he realized Kim was the only one left! “He has had a thing for her for a while. I’m sure he watched her [sex] tape.”

Does this mean that Kanye’s decision to date Kim was cold and calculated, based on the women who fit his ideal body type, and nothing else? The two seem to have very little in common, as Kanye is totally disgusted with Kim’s reality TV show, and refuses to let their baby appear on it! “But that’s her family’s business . . . to say the kid is not going to participate . . . we’ll see how possible that can be.” Will Kanye and Kim split over these profound ideological differences, or will mutual insecurities and fame mongering win over, giving them a long life together?

Does Kim Kardashian look like a stunned mullet at Paris Fashion Week or is it just me?