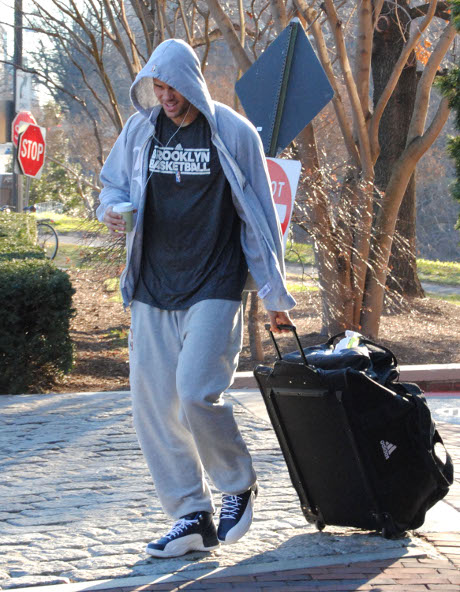 Kim Kardashian is finally getting her divorce from Kris Humphries! Reports are that the Hollywood socialite and the Brooklyn Nets power forward will be divorced by the end of February. Who says dreams don’t come true?

There have been reports that Kris has been delaying the divorce on purpose. He was pushing for an annulment due to his religious beliefs and to also for Kim to admit their marriage was a fraud. Kris claims Kim married him for ratings for her television show Keeping up with the Kardashians and did not love him. Their marriage only lasted 72 days, and Kim even admitted on her reality show that she just got caught up in the moment and wasted everyone’s time and money. Kim of course wanted a quick divorce to put the past behind her. Kris wanted her to pay for the humiliation he felt when she pulled the plug on their marriage.

Kris originally told his lawyers to delay the divorce proceedings until July when he would be finished with basketball season. This would mean the couple would still be married when Kim gave birth to the baby she is having with Kanye West. The baby is due in June.

The couple still being married after the baby comes will make for a legal nightmare of epic proportions. California law says Kris will be considered the baby’s father because he would still be married to Kim when the baby was born. There were reports Kris wanted to use this as leverage to force Kim to cave and give him an annulment. Hollywood Life sources are saying Kris cannot stand to even hear her name and has decided he wants the divorce to be done by the end of February.

I can understand Kim not wanting to be married to Kris when she has her baby. She has wanted to move on from their marriage for over a year and the saga just keeps getting more and more complicated the longer the divorce drags out. Kim loves publicity, even bad publicity, but this time she couldn’t have her way and it was really getting to her.

The situation went from keeping her name out there to promote herself and her brands to dragging her name, her reputation and her whole family through the mud, jeopardizing the family’s empire. Her actions were low even by Kardashian standards. To add insult to injury it has been said Kim is bad for Kanye’s career.

Chelsea Handler said Kanye has lost his street cred but is gaining cul-de-sac cred. To have this divorce be over would be a huge weight lifted off her bubble butt so she can spend her money buying maternity clothes instead of paying lawyers. And the Calabasas Dictator, Kris Jenner, can finally get off Kim’s case and continue her rein of terror.

What do you think? Will the Kim Kardashian/Kris Humphries divorce be finalized soon?