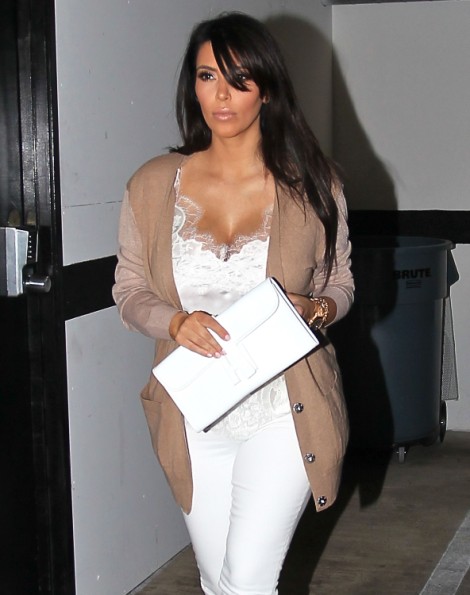 Kris Humphries just won’t quit and we’re really reaping all the benefits. In an effort to show the judge that Kim Kardashian is a crazy pathological liar willing to tell the world anything to increase ratings for her show and enhance her career, Kris is going to point out that Kim’s fertility issues weren’t nearly as dire as she led us to believe on a recent episode of Kourtney and Kim Take Miami. By doing this Kris somehow thinks it will aid his case that she conned him into marrying her for the show.

This one’s a long shot for me. Everyone knows Kim lies on that show. She has to. She has no personality of her own. It’s kind of sad that she has to piggyback on other people’s problems to create storylines for herself. You can’t get married or release a sex tape every episode! I kind of feel bad for Khloe Kardashian. Apparently she has real problems getting pregnant (although I don’t believe anything Kardashians tell me so I’m still up in the air with that one). Regardless, it’s her platform and Kim had to squeeze her ass into it too. Kim never really had fertility problems to begin with, right? She had low estrogen from being on birth control for so long so her levels were all messed up.

A source told Radar Online: “Kim’s doctor assured her that once she had been off the pill for a few months she shouldn’t have any issues conceiving. Kim absolutely does not have fertility issues like Khloe. Kim is going to be grilled over the claims she made by Kris’ attorney at her upcoming deposition, because they believe this goes to the core of their case against her — that’s she’s willing to lie and manipulate the truth for the sake of her career. This could seriously damage Kim’s credibility and bolster Kris’ case that he was duped into marrying her.”

Humphries is getting desperate if this is what he’s coming up with, right? Kim’s pathetic but aren’t there plenty of other things he can get her for? I feel like this is too weak to even bother with. It’s a little odd to go after a woman’s fertility. Kim Kardashian is a reality star which basically means she’s just a really bad actress. Surely the judge will see that and disregard this whole idea. Keep fishing Humphries. Keep fishing.