Kim Kardashian Look-Alike Used In Ray J Video – Can He Deny Who It’s About Now? 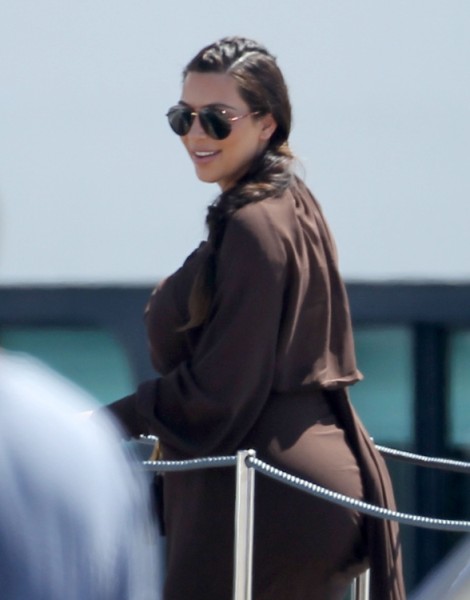 Ray J can tell us ’til he’s blue in the face that his song, I Hit It First, has nothing to do with Kim Kardashian or the sex tape they made but we all know different. If you were wobbling after the lyrics, the video will close the deal for you. It’s full of hints  including a Kim Kardashian look-alike fresh with her abnormally large ass to recreated shots of her reality show. It’s almost pathetic and sad… for Ray J.

You remember the charming lyrics, yes? Here’s a little recap: “Hit it from north/Brought her head down south/Now that I’m finished/She’s on to Mr. West.”

OBVIOUS. But, still, Ray J persisted it was just a song and it wasn’t directed at anyone. Fine, douche. Play that way. But he apparently couldn’t stop with the over-the-top, in your face, it’s so simple a caveman could figure it out references that the video makes the song look even more like a cheap ploy for attention. Instead of maybe enjoying the infectious song all I can scream in my head is, “Dude! Stop using your ex-girlfriend to get attention. It was years ago. MOVE ON!” He looks like a stalker psycho with money.

Damn it! Now I’m going to have this shit in my head all day. I wonder if Kim will too. She’s in Greece filming with her family. The I Hit It First video is probably on repeat and acting as the soundtrack of the vacation because you have to laugh at this. Yes, it’s embarrassing. Yes, it highlights a shady time in your life but Ray J is only pointing out his toolness here. If he was just a tad more discreet perhaps I wouldn’t be so turned off but it’s just too much! It’s a sad day for someone’s character when they hand a Kardashian the high moral ground.

Check out the video at TMZ. What do you make of the Kim Kardashian I Hit It First blast? Should she take it as a compliment that her ex-boyfriend obviously hasn’t gotten over her? That’s the only way to see this glass as half full, right?