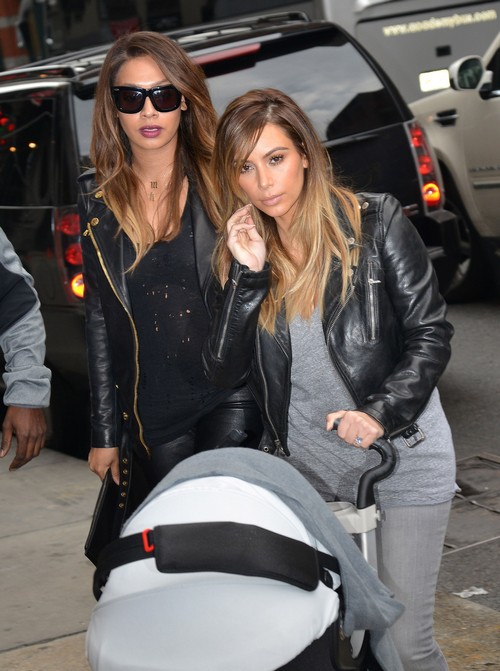 Kim Kardashian was spotted going to lunch at ABC Kitchen on November 22nd in New York City, accompanied by her friend La La Anthony and of course, North West. Perhaps responding to the backlash and allegations that she’s a bad mother, Kim’s now making sure she’s seen with North as often as possible.

Sources even explain that Kim has the paparazzi on speed dial, and has been arranging photo ops with North West the past few weeks. That candid set of Kim hugging North, kissing and cuddling her in plain view of the paps? Yeah, not so candid.

The walking set of her, Kanye West, and North, looking like one big happy family? Yeah, not so candid. Basically, any pictures where you see Kim and North together? The paparazzi were called there.

This shouldn’t really be surprising to anyone who’s followed Kim’s ‘career’ over the past few years. The whole reason she became famous was because of her relationship with the media, so of course that would stay the same throughout. Sure, she pretends as thought she gets overwhelmed by the paparazzi, but we all know what a famewhore she is – she can never get enough of the attention, and it’s pretty much a proven fact that she and the paparazzi are BFFs.

What do you guys think of Kim setting up photo ops with North? Does this surprise you, or do you expect behavior like this from Kim? And do you think that when North grows up, she’ll mind? Or will she learn the arts of famewhoring from her mother and continue the grand Kardashian tradition of calling the paparazzi and setting up ‘candid’ photo ops? Let us know your thoughts in the comments.