Kim Kardashian Offered Kris Humphries $10 Million To Divorce Her, He Said No! 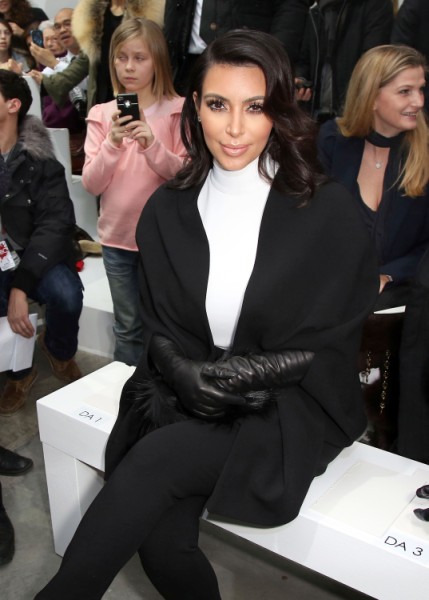 I feel for all you sweet few out there who actually believe Kim Kardashian really isn’t sweating over the fact that she can’t marry baby daddy, Kanye West. Of course she is! A Kardashian’s morals and motives should always be questioned but even Kim is embarrassed that she’ll be a Humphries when that baby comes in July. Apparently Kim got so desperate she threw $10 million at the problem but Kris Humphries wouldn’t play ball.

Of course he wouldn’t! It’s not about the money for Kris. He has his own money! It’s about embarrassing Kim and making her pay for embarrassing him. Naturally, his people aren’t saying that though. According to Radar Online, Kris is all about the annulment because he’s deeply religious and wants the chance to remarry again in a church when the time comes. For all of you who didn’t grow up in Catholic school, once you get divorced you can’t marry in a church again regardless of where you got married the first time. I’m not sure what suing for fraud has to do with all of that but apparently that’s still important to Kris as well – very religious of him.

What’s interesting about this story is other sources (probably some sort of Kardashian) told Radar that Kris actually told Kim he would give her a divorce for $10 million but she said no. So who do we believe? I’m loathe to ever believe a Kardashian but, since Kris had the bad judgement to marry one, I can’t go trusting him now either. I’m sure the truth is in there somewhere. I don’t find it shady one bit that Kim Kardashian offered money for freedom. She knew things were serious with Kanye from the very beginning. I’m just surprised I didn’t hear about it sooner.

Do you believe the payoff stories regarding the divorce? Kris Humphries seems like a dumb ass for passing up $10 million for pride. On the other hand, this is Humphries we’re talking about.

Attached – Kim Kardashian, Paris Fashion Week. How can a woman who wears such nasty clothes be considered a fashionista? Why does Kanye keep fighting this losing battle?