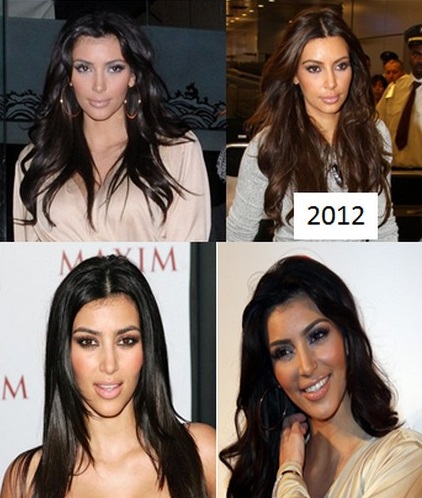 Even though Kanye West probably fell ‘in love’ with Kim Kardashian because of her face and body (especially her butt), all of which has been achieved through plastic surgery, he has reportedly given her an ultimatum to stop going under the knife.

According to a report from Radar Online, Kanye is refusing to let Kim get any major surgeries such as liposuction, especially since he lost his mother, Donda West, because of plastic surgery complications.

A source explains that Kanye and Kim have already fought about this, especially since Kim wanted to get a tummy tuck right after she gave birth to North West. The source says, “Kim was certain that she wanted to have surgery after giving birth because she wanted a head start on losing her baby weight. [But] Kanye really flipped out. Kanye told Kim in no uncertain terms that she needed to put her baby and her life first. He got pretty emotional because he really didn’t want her going through that kind of major surgery. He’s still traumatized from his mom’s death.”

Kanye reportedly told Kim it was either him or the surgery, and for once, Kim didn’t choose the surgery. However, sources revealed that she immediately regretted her decision, especially because she had a tough time losing all her pregnancy weight. Although Kanye is willing to let her get botox and fillers, liposuction is off the table with him – and for Kim, that’s a problem because liposuction is the only thing that helps get rid of the excess weight faster. You know, apart from exercising – but I think we can all agree that Kim and exercise don’t really go in the same sentence unless exercise somehow includes famewhoring.

What do you guys think about Kanye’s ultimatum to Kim about plastic surgery? Do you think she’ll actually follow through? Let us know your thoughts in the comments.