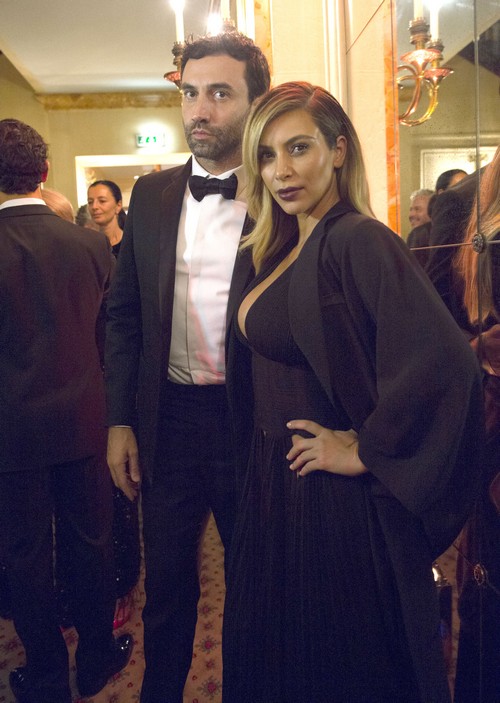 There we were thinking that Kim Kardashian left the limelight of Paris fashion week just so she can go back to her baby daughter. We even had an “awwww” moment! Now we come to realize the real reason she was willing to leave Kanye West alone with supermodels was not because of any maternal leaning but that she had to retouch her face. That’s right she needed a little nip and tuck. As many are aware this won’t have been the first time either. If I remember correctly once you start you constantly have to go back for touch-ups. It doesn’t matter if it’s surgery or Botox, if you look at Joan Rivers or Nicole Kidman, you can see how addictive it is.  Why should Kim be any different?

At least the other women have to talent to fall back on but all Kim has is her looks. That’s what shot her to fame and if she ever lost them then I’m sure her empire will crumble. Then I go again being optimistic, I’ll stop I swear. You see her empire is crumbling already. There that was more truthful.

Kim is only known for being seen and yet she’s been in hiding ever since having little North West. X17 caught Kim hiding her face as she scrambled out of the surgeons and into a waiting vehicle – covering her face after her procedures. We occasionally see her but not as much as we used to. Currently this season has the lowest ratings for her reality TV show. Right now the one time hit show is covering her pregnancy, something that always brought in ratings no matter what, however NO ONE seems to care enough to tune in anymore.

So it’s easy to understand any desperation Kim may be feeling at this point. People have seen her heavily pregnant and her failed attempts at rocking couture. Keeping that face pretty is her best option to still get noticed. She was the family beauty, otherwise how else will anyone tell the difference between her and her sisters.