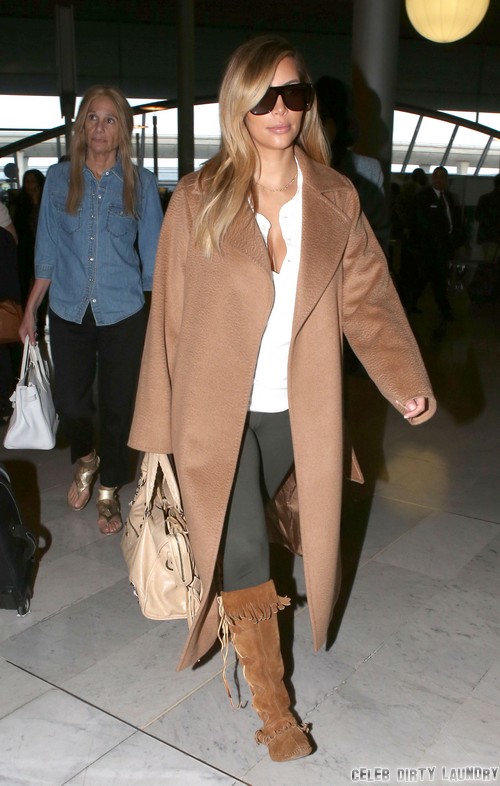 Did you catch the photos of Kim Kardashian leaving Paris to head home to L.A. after several days of taking in the fashion week shows? Girlfriend looks like she is marching towards the electric chair and no doubt for Kim, returning to her self-induced prison to care for her three month old daughter feels like personal hell. I know we keep hearing blurbs about how much Kim loves being a mom, but we have seen nothing to back up this notion. Instead everything has been about Kim’s focus on her bloated body, her plastic surgery and her turning herself into a Real Housewives of Beverly Hills lookalike in order to ride baby daddy Kanye West’s coat tails. 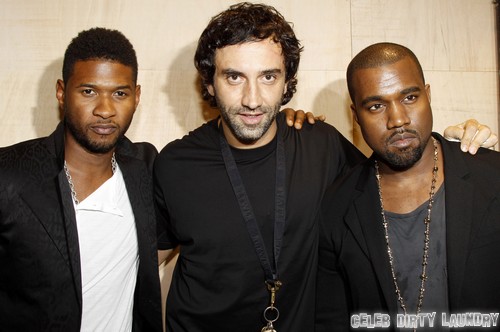 He allowed her to tag along for part of Paris Fashion Week so that he could to pour her into a few ill-fated dresses to prove that he knows fashion. Instead what I’ve learned about Kanye’s fashion sense is that he has no idea of how to dress a woman for her actual body. He was happy to send Kim packing so that now his beloved life in Paris can get back on track. Don’t forget, Kanye opted to shack up with a male friend, Riccardo Tisci, there rather than be with Kim throughout most of her pregnancy. He has a whole life in Paris and I’m pretty sure that it looks nothing like what she saw for the past few days.

Instead of really getting down and dirty at the fashion week parties Kanye’s side of many conversations likely went something like this:

Once Kim left town Kanye’s harem resurfaced and you better believe that it also includes men. How many tears do you think that Kim cried while flying home to the miserable life that she manipulated to get for herself? Tell us your thoughts in the comments below!

Kim at the airport in Paris – heading home sad and sulky.