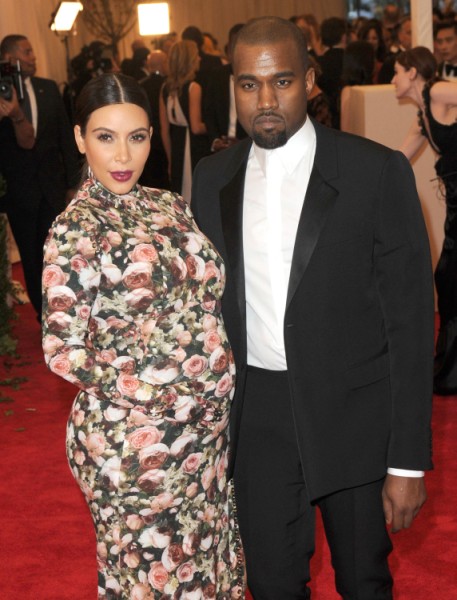 I’m starting to really hope that Kim Kardashian hires a whole team of nannies to care for and raise her baby. Why you ask? Because this chick is really proving that her own selfishness far surpasses her ability to connect with her baby. At seven months pregnant most women are dressing for their bump and have bonded with that kicking baby that they carry. Instead we have heard Kim curse about what this baby has done to her body and admits that she dresses to hide her baby bump.

Now according to the June 10th print edition of In Touch, Kimmie has yet to give up her regular rounds of cosmetic procedures, even for a few brief months. Botox, injections, fillers — she’s continuing to do it all in spite of the fact that anything she does ultimately affects the baby. The rule of thumb is simple. If you wouldn’t do something to your 2 month old then you don’t do it to yourself while pregnant.

Kim has given up on her bloated body and now resorts to posting photos of her inflated trout mouth on Twitter. She chalked her pout up to pregnancy but any previously pregnant woman will tell you that nearly everything swells — but never your lips! I just have to wonder if Kim will ever realize how pathetic she’s actually behaving. I mean, do you think she’ll look back on her pregnancy and wonder what the hell she was thinking?

Or will she justify every pathetic decision that she has made? There has to be so much bad blood between her and her sister Kourtney Kardashian. If you watched last season of their reality show then you’ll remember that Kourt refused to wear deodorant because she feared that it would somehow have a negative effect on baby Penelope! Has Kim really gone too far? Tell us your thoughts in the comments below!