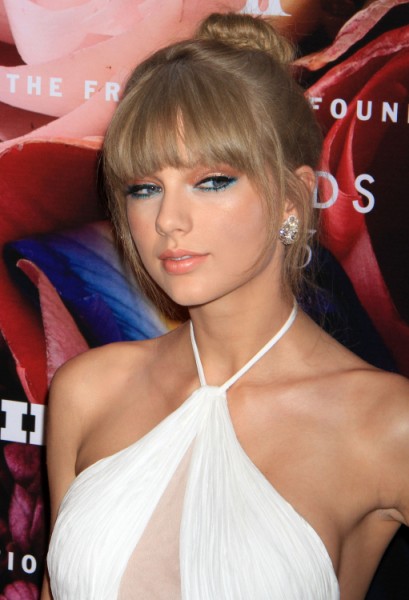 Please Lord let this not be a hoax. If this actually happened I will never harp on Taylor again. She is officially one of my heroes. Just as everyone is falling all over themselves to wish Kim Kardashian and Kanye West well on welcoming a baby girl into the world, Taylor might be throwing some shade. There’s a screen shot of a tweet making the rounds and it could have come from Taylor’s account. It reads: “@KimKardashian @kanyewest Yo I’m happy for you and imma let you finish but Beyonce had one of the best labors of all time.”

Funny, right? It’s obviously a reminder of when Kanye stole her thunder at the VMAs in 2009. It could also be a little slap at Kanye’s recent comments in the New York Times where he basically said he wasn’t sorry about what he did to Taylor and was pushed into apologizing.

Taylor’s on a role lately, no? First she essentially calls Justin Bieber out for being a talentless chode at the Billboard Music Awards and now this. I’m loving this moxy.

BUT… we still don’t know if she dropped the tweet in the first place. Some are claiming the tweet is a Photoshop fake. DAMN IT! But I wanted it to be real!! We can all still pretend it is though, right? Unless Taylor flat out denies it I’m going to keep the dream alive. Khloe Kardashian might think Kim Kardashian’s birth was a “miracle” but I’m still sensing something’s up. I just can’t let my little conspiracy theory go!

What do you think of the Kim Kardashian/Taylor Swift tweet?  Hilarious or inappropriate?

Oh, below are pics of Kris Jenner making her debut as a new grandmother and a new talk show host at the 40th Annual Daytime Emmy Awards this past weekend. Wasn’t her granddaughter breathing in an incubator at this time? I’m just saying… the timing of this baby is something else….

Check Out Bohomoth To Learn How Taylor Does Kardashian – CLICK HERE!