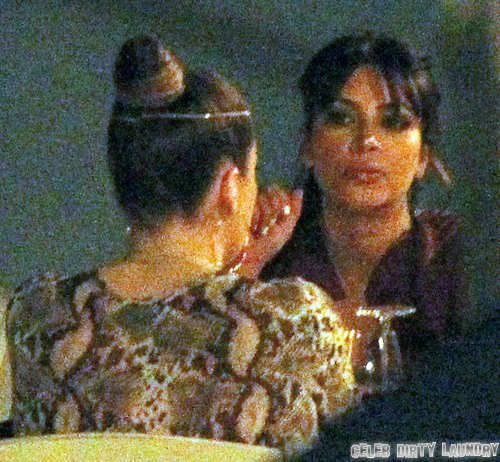 It would take famewhores like Kim and Khloe Kardashian to go on a beautiful Grecian vacation aboard a yacht and be miserable. Ugh, they have it so easy and they’re surrounded by beautiful land, but they’re unhappy. Such is the life of the rich, eh?

Kim spent time with her rapper boyfriend in New York last week, but their time together had to be cut short due to the family leaving for Greece. Khloe is miserable in Greece because Lamar Odom is busy in the playoffs with the L.A. Clippers.

A source close to the situation said, “They were contractually obligated to go but they’re miserable. Kanye politely declined the invitation, citing work. Lamar would have gone but he is currently in the NBA playoffs with the Los Angeles Clippers.”

The snitch went on to say, “Kim and Khloe miss their men! Khloe had wanted to go to Memphis to watch the Clippers play the Grizzlies. This is them most important time of the year for Lamar, and she wanted to be there to support him. She plans on being back in Los Angeles for the next game on Tuesday.”

The source continued, “And Kim is just so over being pregnant. She is complaining about the humidity in Greece, and just wants to finish filming so she can nest with Kanye. The family always takes a lavish vacation which is featured on Keeping Up With The Kardashians, and that Ryan Seacrest’s production company pays for.”

The source added, “Kim wasn’t surprised that Kanye declined to join the family in Greece, she is really frustrated that her life is controlled by the reality show commitments.”