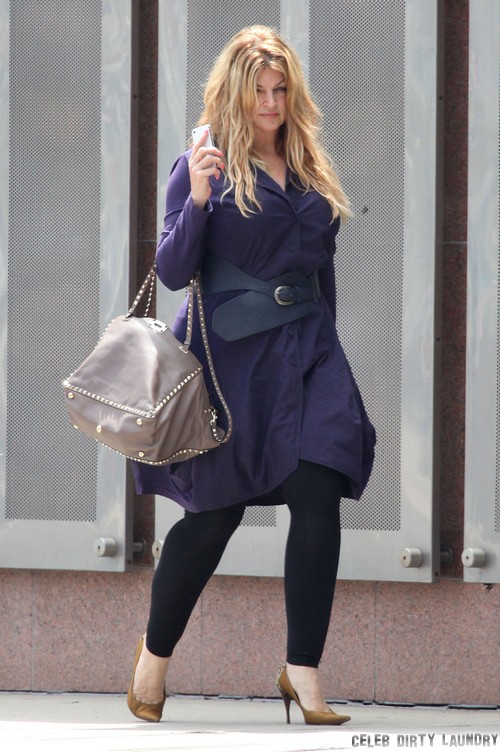 Kirstie Alley is one of those actresses that never holds back when you present her with a topic that is important to her. Perhaps at the top of her importance list is John Travolta. The two have been friends for decades and Kirstie doesn’t even bother to deny that she is to this day madly in love with him. She has talked in detail about how the two first really clicked on the set of Look Who’s Talking but never acted on the obvious chemistry because she was still married at the time.

In an interview that aired with Howard Stern on Wednesday, Kirstie insists that she is also close friends with John’s wife, Kelly Preston but it has taken a long time. She says that Kelly used to ask if she was flirting with her husband and the answer was always yes. Obviously there was a bit of necessary confrontation there because no woman likes seeing another so blatantly make a play for her husband!

Kirstie also insists that John is straight because if he wasn’t, she would know. She also pointed out how whenever a gay masseuse comes forward to tell a story similar to all of the ones before him John is fine with the lawsuit because it all eventually goes away. Kirstie believes that it’s just a way to try and extort money from John.

Do you believe that Kelly really considers Kirstie a good friend or is this a matter of keeping your enemies closer? I suspect she really doesn’t trust Kirstie and would rather be close to her then have absolutely no idea what she’s plotting behind the scenes, don’t you think? Tell us in the comments below!