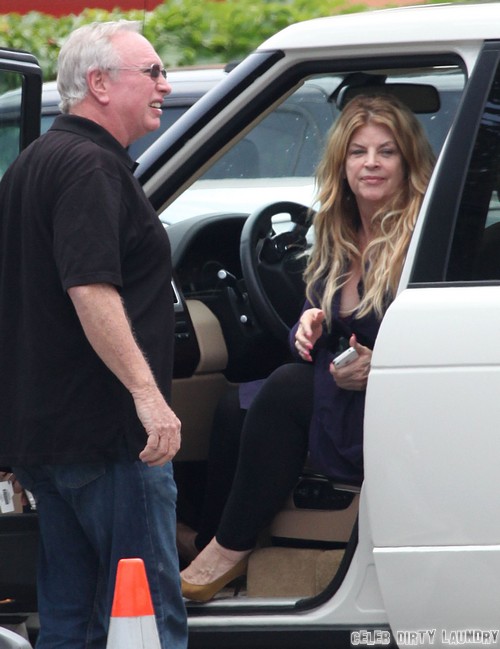 For years now Kirstie Alley has turned her own battle of the bulge into a money making business venture. We’ve watched her pimp weight loss programs and be the face of products thought to help with the ongoing process of maintaining a healthy weight. Kirstie even got behind a company that created Organic Liaison weight loss products and the Fat Actress star made them her own. The problem is, they really don’t work and the whole deal landed Kirstie in court.

The court documents were filed on March 20, 2013 in an LA court and Kirstie has opted to quietly settle and pay out $130,000 to the woman that accused her of promoting fraudulent products. According to the National Enquirer, Kirstie all but admitted that the products’ claims to help with weight loss are completely false and she couldn’t argue with the facts that would have been presented in an open court proceeding so her legal team advised her to settle.

This is a pretty big shot to the stars’ reputation as she has been pitching products for years. If she knew that Organic Liaison was a pile of marketing crap then what else has she promoted that wasn’t legit either? Kirstie is now worried that her days of endorsements and being seen as a spokeswoman might have come to an abrupt ending and let’s face it, that’s where Kirstie now makes the bulk of her money. Speaking of money, do you think we’ll see Kirstie acting again anytime soon? It seems like forever since she has popped up in a decent role, doesn’t it?

Would you trust Kirstie’s endorsement of a product now or would you instantly wonder if it’s as fake as Organic Liaison? Tell us your thoughts in the comments below!