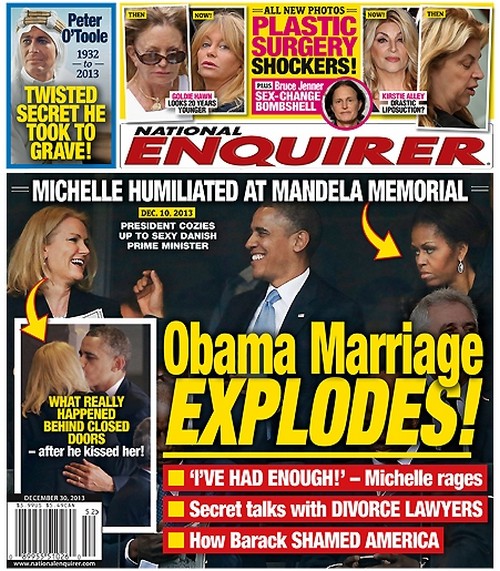 I’m always kind of amazed by how much interest there is in Kirstie Alley. Even when she’s not on television regularly she manages to find her way into the mainstream media. Lately she has grabbed headlines for a multitude of reasons though. Her new show recently launched on TV Land and it seems to at least be holding its’ own. She also continues to talk about how John Travolta is the love of her life, in spite of him having a wife that is also her friend (and being gay).

Now according to the Dec. 31st print edition of The National Enquirer Kirstie’s latest weight loss is less about diet and exercise and more about extreme cosmetic procedures. This woman has spent decades yo-yoing and at one point totally incorporated it into her career. Do you think that maybe she has finally gotten to the point where she’s tired of hitting the gym and took the easier path of serious liposuction? Would you blame her at this point?

Speaking of plastic surgery, rumor has it that Bruce Jenner is seriously contemplating transforming himself into a woman! I would write this off as BS but if you have seen recent pics of the former Mr. Kris Jenner, well he is really embracing that feminine side, isn’t he?

Also in the latest Enquirer you can get the inside scoop on the Obamas’ marriage. Was that selfie taken by the President at Nelson Mandela’s funeral inappropriate? Some say that Michelle Obama was furious and thought it was disrespectful. Do you believe that to be the case? Are they at odds? Tell us your thoughts in the comments below!