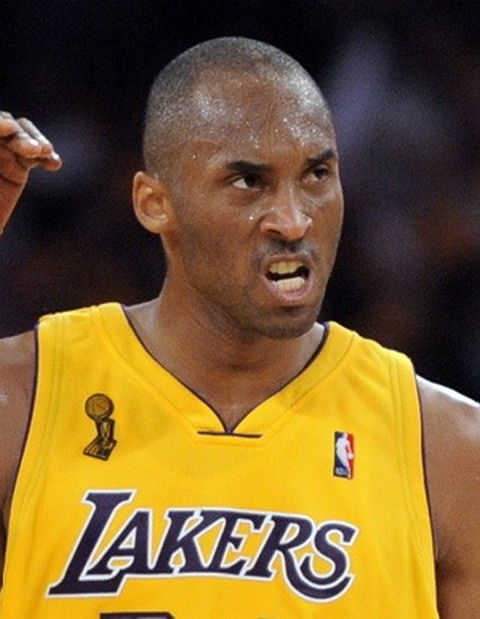 Kobe Bryant: Black Mamba or Yellow-Bellied Snake?? So the postseason’s about to kickoff in the NBA, and we all know what that means – lots of predictions by overpaid sports ‘experts’! Yup, the same geniuses who not that long ago were loudly explaining how and why the LA Lakers were going to cakewalk their way to the NBA Finals. (Remember the modest pic below from Sports Illustrated last fall??). This quote from LakersNation.com in Oct 2012 said it all about this soon-to-be historic Lakers team: “Nothing less than a trip to the NBA Finals or possibly even championship will live up to the extremely high expectations of bringing in two more future Hall of Famers to help Kobe reach the ultimate goal of a sixth ring.“ 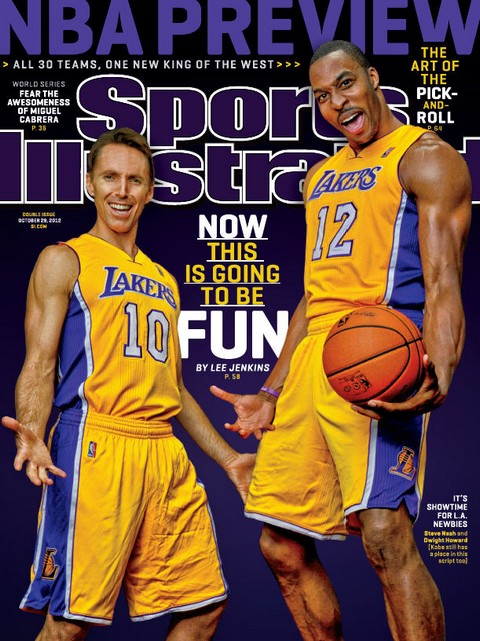 Right. Soooooo….. WTF happened?!?!? To say things went pear-shaped would be like saying Jodi Arias has a little anger management problem. The Lakers didn’t win a single game in the preseason. Not one. Then they lost their first 3 games of the regular season. By game 6 they already had an interim coach, having fired Mike Brown 2 days after Laker management publicly proclaimed their undying confidence in him. Ooops! Flirting with becoming the greatest bust in professional sports history – this team of superpaid superstars was determined to make history one way or another – the Lakers struggled through a bizarrely disappointing season, only to stumble into the playoffs on the very last day of the regular season.

Can someone say BLAME game? The LA sports writers, the national sports writers, every stupid pundit from Anchorage to Tallahassee has thrown everyone under the bus at some point this season. First it was the coach. Then it was the second coach. Then it was Dwight’s resolve, Gasol’s big boy pants, defense, chemistry, moonglow. Yup, we’ve heard it all. Well, almost all.

The one name that’s been noticeably absent from the all blamestorming is of course Laker great, Kobe Bryant. Well naturally! The guy’s got his own shrine in LA. Many consider him the greatest Laker of all-time. He’s routinely referred to as Mr. clutch, the greatest player since MJ, and so on. As Dave Kujan said in the classic 1995 film The Usual Suspects “A rumor’s not a rumor that doesn’t die”.

Or is it?… Does Kobe deserve the reputation he has, or has he been deliberately marketed and oversold by a league built on hype rather than substance? The NBA is a business after all, one in which creating heroes makes a lot of people a lot of money. So could it be that despite all his athletic talent, despite the spectacular highlights that the NBA shows over and over regardless of his overall performance in any game, that Kobe ‘Bean’ Bryant is NOT the asset to the Lakers most fans think he is? It seems to be the NBA’s best kept secret that he might not be.

Some brave sports analysts over the years have tried to make this known, including ESPN’s Henry Abbott who examined data from every NBA game for several seasons. He showed conclusively that Kobe is not the clutch player most drooling fans would have you believe. In fact, compared to most active players, let alone the all-time greats, he is one of the worst. The numbers don’t lie, and they also show that the Lakers perform WORSE when Kobe shoots in ‘clutch’ situations than when he passes. Throw in the fact that Kobe has never been a highly efficient scorer, is turnover prone, is often criticized for cheating off his man on defense, hogging the ball on offense, and blaming teammates for his own mistakes on the court, is it possible that the Lakers are a BETTER team without him?

We will soon find out. So far, so good. Since Kobe went down with an Achilles rupture, the Lakers are 2-0 against teams that had winning records against them this season with Kobe in the lineup. Kobe has been texting and calling his teammates frantically during those games while he is recovering from surgery. Some view this as Kobe willing his team to victory, “Coach Kobe” as he is now referring to himself. Others see it as a pathetic and desperate attempt to take credit as the team demonstrates that they are more than capable of winning without him. Perhaps much more capable.

As one happy LA Times blogger, michael428, posted “Kobe, I’m a big fan, but you are taking this to a new level of ridiculousness. It’s actually embarrassing. The team will go on, and might even get out of the first round without you. Accept it. If you are such a great coach, maybe you should have “coached” yourself to stop cheating off your man on defense. There are games that your man has gone off setting career nights for themselves. While you are at it, maybe you can “coach” yourself to stop holding the ball and stop taking every shot in the fourth quarter. I can go on, but obviously you already know all that because you are a great coach.”

Ouch! That was from a fan. Imagine what a hater would have written?!

The last time the Lakers started the playoffs WITHOUT Kobe Bryant was the same year The Usual Suspects came out. That’s quite a stretch. Will the Lakers flounder in the first round against San Antonio, or will they punch above their predicted weight, and put this rumor to rest?