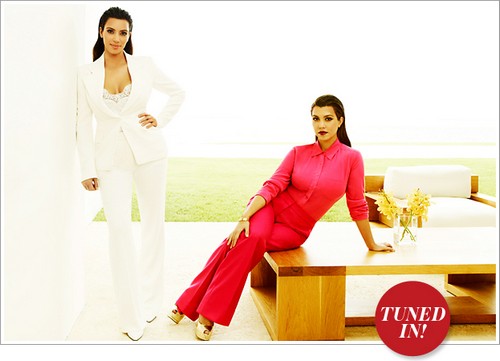 Tonight KOURTNEY AND KIM TAKE MIAMI is back tonight with a new episode called, “Bitch Slapped.”  On tonight’s show Jonathan takes Kim’s side during an argument with Kourtney, which sets the older sister off. Meanwhile, Kim learns she has a life-changing allergy; and Khloé finds herself in a strange predicament because of her love of Cuban coffee .  Did you watch last week’s show?  We did and we recapped it here for you.

On last night’s show the Kardashian sisters, Kim Kardashian and Kourtney Kardashian, started house-hunting for a mansion they could possibly be moving in to, but neither of them could ever agree on any houses – or shall we say mansion – that they had looked at. The twosome checked out a beautiful home with an outstanding view, great living space and a very dynamic kitchen, but even all of those things couldn’t impress Kourtney.

On tonight’s show Kim, Kourt and Scott worry when they haven’t heard from Rob. Could his lack of luck with the ladies have him down?  Scott comments Rob never wants to do anything and then his words of wisdom, “Rob does not need a girl, he has to care about himself.”  Such a rocket scientist, who would go to Scott for girl advice.  The trio finally decide that Rob is in a rut and needs to get out.

Meanwhile, Kim and Kourtney signed a lease on a home and would finally be living a non-hotel life. But the happiness can never last long in this family when Kourt and Kim get into an argument and good friend Jonathan takes Kim’s side.

Tonight’s episode is going to be another drama packed one, which you won’t want to miss. So be sure to tune in for our live coverage of E!’s Kourtney and Kim Take Miami Season 3 episode 6— tonight at 9PM EST!