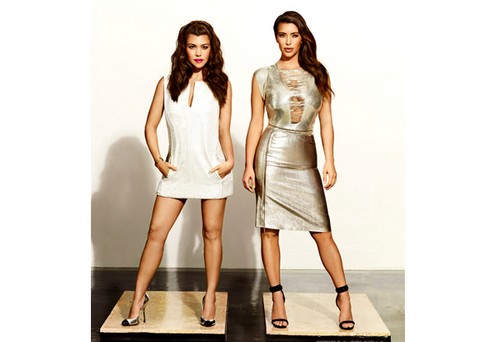 Tonight on E! KOURTNEY AND KIM TAKES MIAMI returns with a whole new episode called, “Babies, Lies, and Alibis: Part Two” and it is the season finale. On tonight’s show The family becomes upset when they discover that Kim hired a private investigator to follow Scott but the mood later changes when Kim reveals her pregnancy to the family. Did you watch the last episode? We did and we recapped it for you!

On last week’s show in season finale Part 2 – Kourtney and Kim Take Miami, Khloe opened up about her infertility issues while speaking with her stepbrother Brandon Jenner and his wife, Leah Felder. Khloe revealed she has been having fertility issues since she and Lamar have been married.  Kourtney happened to be there when Khloe mentions her issues carrying a baby and offered to be a surrogate for her.

On tonight’s show the drama does not seem to stop.  After her sister hired a private eye to tail Scott in the season finale of “Kourtney and Kim Take Miami,” Kourtney throws Kim out of the house!  Kim is about to drop a bombshell on the family, she has the info from the private investigator she hired.  Kim thinks Scott is leading a double life, that he is a completely different person when he is away from Kourtney.  Kim has the private investigator put a tracking device on Scott’s car and had him hack into his phone records.  Yikes.. We are going to find out tonight the result of the investigation.

Tonight’s episode is going to be another drama packed one, which you won’t want to miss. So be sure to tune in for our live coverage of E!’s Kourtney and Kim Take Miami Season 3 episode 12— tonight at 9PM EST!  While you wait for our recap, hit the comments and let us know how excited you are about the new episode of KKTM tonight and check out the sneak peek video below of tonight’s episode below!

To View Our LIVE RECAP of Tonight’s Episode CLICK HERE!