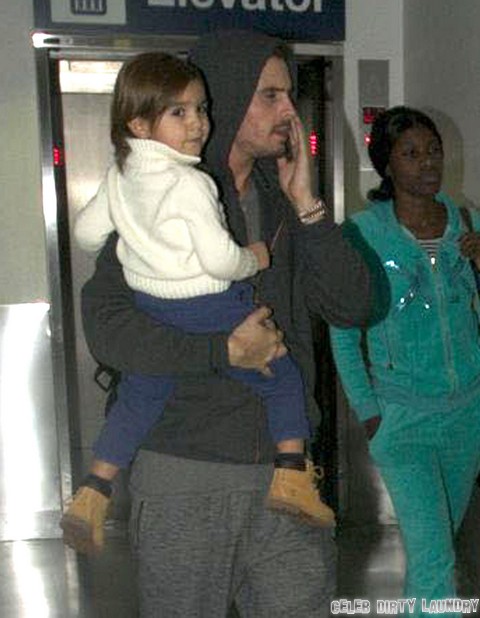 The drama never ends in the tangled non-marriage that is Kourtney Kardashian and Scott Disick’s on-and-off love life! The two may have two children together, but they are in no way prepared for adult life, or even making a long term commitment to anything other than quality shoes! Scott is a known party-boy turned whipped, part-time dad, and he’s testing the length of his leash—but will it reach from LA to Miami?

An insider reported to New York Daily News that Scott is in talks to open a new Miami nightclub with business partner Chris Reda. You may remember the name—he and Scott opened Ryu, a restaurant in NYC last year, but it shut down six months later! Obviously the two can’t catch a break (or perhaps can’t establish a stable business model?), but are trying their luck again! Kourtney, however, is furious that he’s throwing money away, and will be across the country, far from their kids.

“She says no way,” the insider reported. “Investing in another space in the Meatpacking was his initial plan. But Scott and his old nightlife partner, Chris Reda, want to buy a restaurant with a venue space for a club in Miami and have been talking big money.” Scott is looking to “invest 60% into the business, which is more money than Kourtney can bear to see him spend, considering his last venture was a total failure.”

But Scott won’t be fazed; he thinks now is the perfect time, and his hoping that “buying a nightclub might fly under the Kimye baby radar if he does it now.” How does a guaranteed lack of public interest help the business? Don’t ask me! As if throwing money into a doomed nightclub isn’t bad enough, Scott is eyeing a move to Miami! He wants to be on-hands, but Kourtney “does not like him off on his own or in Miami alones.” Considering the drunken, wild nights of his past, we totally understand! Besides, what’s more dangerous than a recovering party-aholic working in a night club, far from his girlfriend and children? Do you think Scott should get back into the business world, or his place on a Kardashian leash in LA?