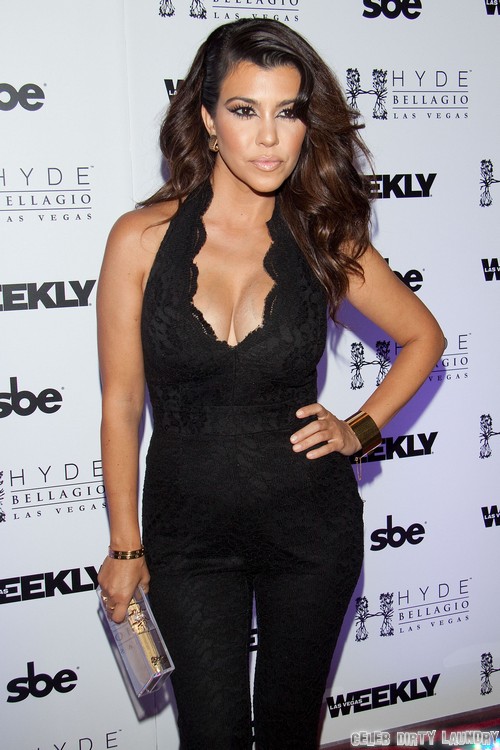 Is there trouble in paradise for Scott Disick and Kourtney Kardashian? The duo’s infamously had to deal with a very irritating paternity scandal, but they seemed as if they were facing it together. However, Scott and Kourtney were both in Vegas this last weekend, but they partied separately.

There could be many reasons they decided not to party together – maybe they were there for different reasons, maybe there was a bachelor party that Scott had to attend, maybe they were both meeting different friends. But when it comes to the Kardashians, the explanation is usually never that simple.

Scott Disick was hanging out on Friday night with a bunch of his friends at TOA Nightclub, and they were reportedly surrounded by a ton of beautiful women. Kourtney, on the other hand, was spotted attending Hyde Bellagio for a hosted party. Sure, it’s only one night. But why didn’t Scott accompany her? Was hanging out with his friends and partying [a.k.a. his normal weekend routine] so important that he couldn’t bear to miss even one night?

The Kardashian family is already going through a ton of turmoil this year, largely from Khloe Kardashian and her relationship troubles with Lamar Odom. If there’s anything to this Kourtney and Scott rumor, then they might be joining Khloe and Lamar in the divorce pile. Kourtney and Scott have always given off the vibe of being the most stable Kardashian couple, not that it takes much. I think it’s because of their mutual understanding and love for famewhorism and how materialistic both of them are, but what if that’s not enough to last? I guess we’ll find out soon enough.