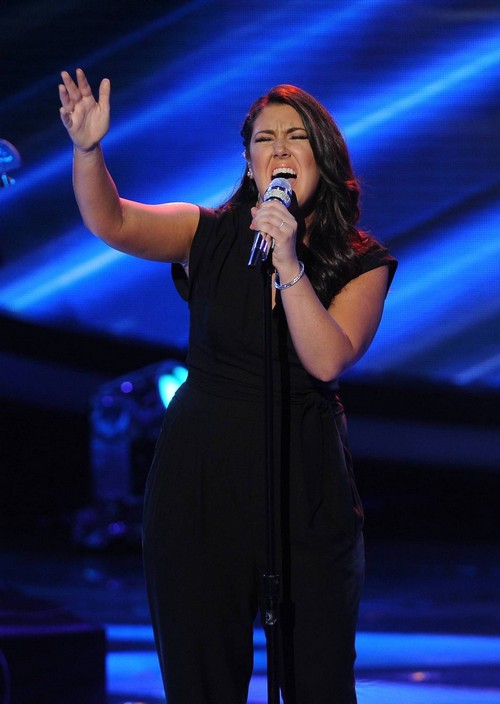 KREE HARRISON performed “Stormy Weather by Ethel Waters/Gladys Knight for her Top 4 AMERICAN IDOL “THEN Song Choice” performance tonight. Did you watch tonight’s show? We did and we recapped it here for you. The stakes are high tonight, each of the remaining ladies wants to WOW the judges and the viewers at home, to land a coveted Top 3 spot!

On last week’s show Kree sang for the first round, Hurts So Bad” by Little Anthony & The Imperials.  Randy said , “she was right there in her element. She’s not just country and she can do everything. It wasn’t the best vocal he’s heard from her.”  For the second round Kree sang, “Whiter Shade Of Pale” by Procol Harum. Randy said, “singing will never be her problem and she redeemed herself. She sang her face off.”