Kree Harrison Voted Off American Idol Season 12 – Why She Lost 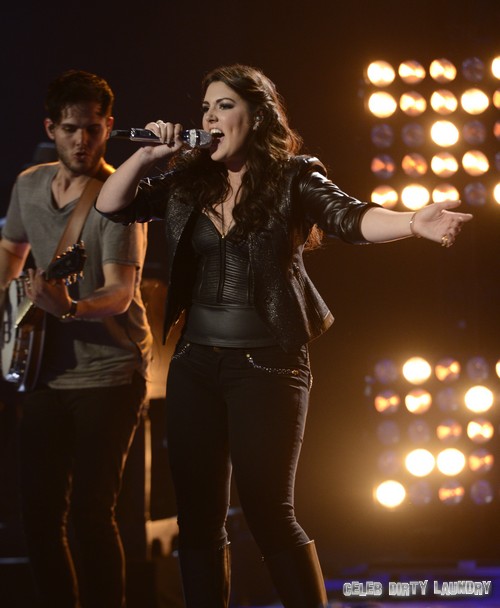 Twenty-two-year-old Kree Harrison is  from Woodville, Texas and from the moment she took the Idol stage she exuded confidence and talent.  Sadly, tonight, her Idol dream has come to an end and she was sent home on American Idol.   Did you watch tonight’s show?  We did and we recapped it here for you.

At the age of eleven Kree was in discussions to do a Disney sitcom but her music was put on hold by the death of her father.  At 13 she headed to Nashville and was signed by Chrysalis Records at 16 and began to work on an album. Then, at 19, she was once again hit with the bad news that her mother had been killed in a car accident.  Her deal with Chrysalis fell through and she was working as a demo singer, back singer prior to her Idol audition.

In the semi-finals, Kree performed “Cry” by Faith Hill. On March 7, 2013, Kree was voted into the Top 10.  Her performance of “Crying” by Roy Orbison earned her enough votes to establish her as one of the night’s top three contestants, along with Candice Glover and Angie Miller.

Last night Kree took on “All Cried Out” [VIDEO HERE] for her coronation song.  Nicki Minaj said she loved Kree’s performance because she reached down in her gut.  Kree performed “Up To The Mountain” for her redo song. [VIDEO HERE]  Keith said it was beautiful. It’s her story, it’s all connected and it’s absolutely beautiful.

Sound off your comments below and tells us what you thought about Kree’s Idol experience.  Do you think you Kree should have been sent home?