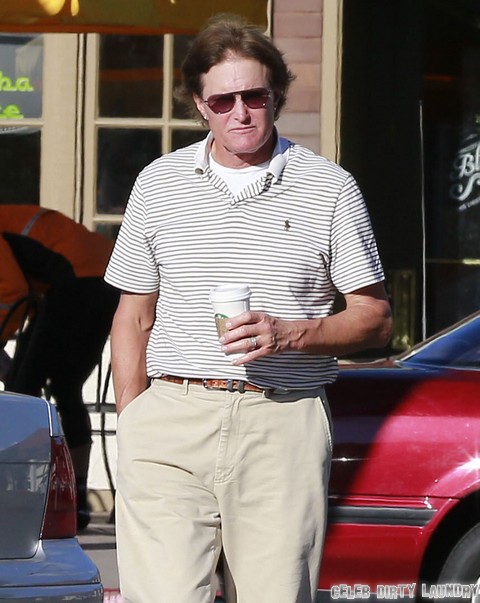 What better to heat up this chilly winter than a hot celeb scandal? The Kardashian sisters are famous for their five star faux pas, but it’s momager Kris Jenner whose stirring things up this time around. She’s and longtime hubby Bruce Jenner have been on the divorce path for months, and with $175 million at stake, it was bound to get ugly! The couple are desperately unhappy, but the mom pimp fears what a divorce will do to the Kardashian/Jenner empire. It sounds like she’s finally figured out what Bruce’s price is, and a new source confirms she’s paying him off to save the Kardashians from an explosive tell-all interview!

“The divorce from Bruce . . . has blown up big-time,” the insider told National Enquirer, print edition February 18, 2013. “Kris never thought the day would come, but she’s finally struck a financial deal in their divorce agreement.” Sounds like cause for a celebration dinner, but Kris has very little to smile about these days. “She broke down during the negotiations, overwhelmed by the finality of a divorce.”

Wait—dragon lady has feelings? That can’t be right—and it isn’t! The insider chalks it up to her 20-hour days and self-inflicted stress. (I say self-inflicted because she’s chosen to exploit her kids, which makes for her long work day!) “Kris is running on fumes . . . she doesn’t sleep more than four hours a night and she’s desperately trying to lose 12 pounds before her talk show starts filming, so she’s basically living on green juices.”

Kris is also facing the hard truth that a divorce will just confirm years of Kardashian rumors—that it’s all an act. “She was in tears [during the divorce meetings] as they discussed money and what a split would do to their $175 million fortune, and the Kardashian-Jenner media and fashion empire.” Don’t get all softie—Kris is a wiley vixen, has what most of us would consider unlimited wealth, and is fully in charge of her own destiny. So don’t let the tears fool you—every move she makes is carefully calculated, and she has no one to blame but herself! Do you feel bad for the viper mom?