Kris Jenner Drives Bruce Jenner Out Of House, Takes Kylie And Kendall With Him 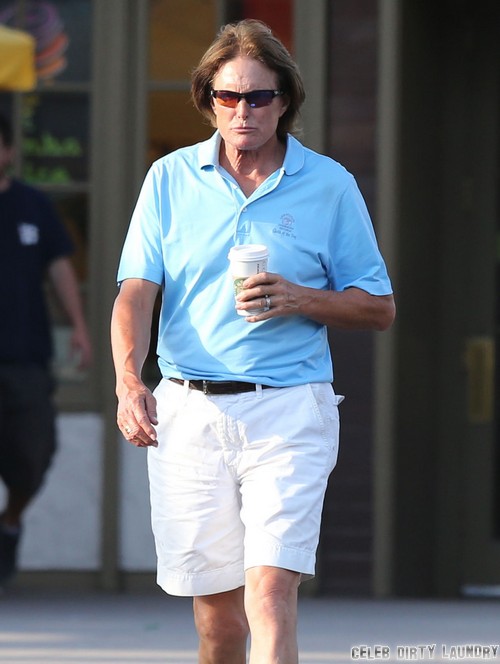 Will the Kris Jenner and Bruce Jenner divorce drama never end? This is like the millionth time in the past month that the tabloids have said that Bruce is moving out of the house. I believe it – but it’s getting a bit repetitive, no?

Either way, the latest issue of Star Magazine – the summer special – has Bruce Jenner on the cover, with the title, ‘Kris drives Bruce out – and he’s taking Kylie and Kendall’.

That’ll be the day – Kris actually letting Bruce take Kylie and Kendall. There’s no way she would allow Bruce to take her two future income earners away from her, especially now that Kim is slowly crossing her prime. There’s only so much more that she can keep pimping Kim out, and it’ll still be several years before North West is old enough for Kris to do anything with her. Without Kylie and Kendall, she’ll lose all her leverage for the next few years and it’ll be too late to recover by the time North West is of age.

Truth to be told, I hope Bruce Jenner truly does move out and I hope he takes his daughters with him before Kris orchestrates sex tapes for them. Kylie and Kendall are already too accustomed to the Kardashian lifestyle, and they’ve been drifting out of control for the past few months. Soon, it’ll be too late for them.

There’s also the fact that Bruce is kept under strict control by Kris. The few times she lets him out of the house, she probably has bodyguards follow him and knock him over if he attempts an escape. So forget Kendall and Kylie, I doubt Kris would even let Bruce escape from her clutches.