Kris Jenner Can’t Find Room In Her Family For Stepson Brody Jenner: Why Does She Hate Him So Much? 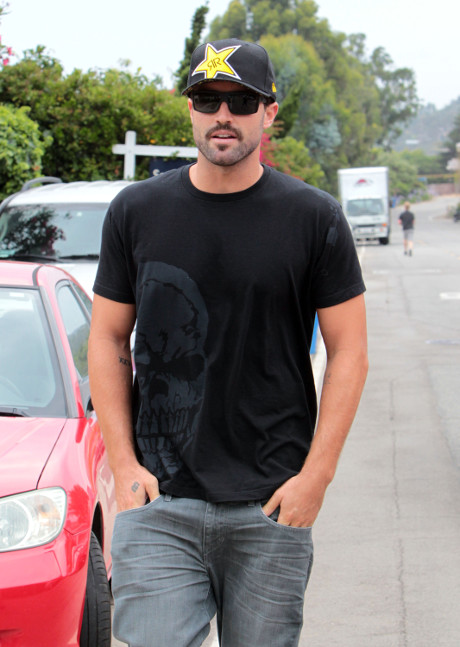 This week on Keeping up with the Kardashians, the Kardashian-Jenner Klan has landed in Greece. Kris Jenner and her stepson Brody‘s strained relationship was causing fresh problems in her marriage to Bruce on Sunday night’s Keeping Up with the Kardashians. Let’s face it, Kris is trifling for not initially inviting Brody on the big Kardashian family vacation to Greece especially since she invited his brother Brandon and his wife Leah.

It’s just another source of tension for Kris and her Olympic husband, who moved out of the family home earlier this year for his own Malibu man cave sparking reports their marriage is in trouble. This marriage is over and the only person holding them together is Ryan Seacrest who holds the check book and continues to profit off of this family and reality show franchise. This marriage only exists now because of the almighty dollar and this is just another relationship ruined by reality television.

If you watched the show you would have heard the conversation between Brody and his father about the Greece trip. “To hear that everyone else was invited and I wasn’t included hurt,” Brody said about the Greek vacation snub. “Where is my invite?” Brody said over the phone to his dad, Bruce, who promised to ask Kris about the situation. I totally agree with Brody this was an insult and Kris excuses where just a stupid as her not inviting one of Bruce’s son.

Bruce confronted his wife pointing out Brody wasn’t invited to Greece at a time in which he was trying to reconnect with his son. According to Radar Online, “Under pressure from Bruce, Kris made flight plans for Brody so he could join the gang. “I’m not the evil stepmonster you think I am. I just want a little bit of credit,” she told Bruce. Kris, sorry to break it to you, but you’re not only the evil stepmonster — you are a terrible mother, which is evident with your own kids who constantly berate and blast you on the reality show and in public every opportunity they get.

This is just another exacerbated storyline to garnish ratings, as no family trip with the Kardashian-Jenner Klan has ever ended drama free. Brody just needs to give it to Kris straight up and put her ass in place once and for all. Brody has made up with his father Bruce Jenner so he will need to tread lightly. We all know Kris is an evil attention money hungry stepmother; so, she will find a way to turn this around and play the victim as always.

Brody’s deep-rooted issues with Kris will never be resolved, which is sad because Kris is not interested in anyone but Kim Kardashian — her money making machine — and her granddaughter North West.

In all seriousness, if Kris Jenner were a normal human being and not a fame hungry robot then maybe her and Brody’s relationship would not be as tense. Divorce is never fun and adding a new woman to the mix who has no interest in your prior children has to be hard. Bruce admitted that he was not the greatest father to Brody and being a stepmother is tough but Kris does not make it easy because all she cares about are the Kardashians. Kris, did you forget that Kendall and Kylie are Brody’s sisters and maybe you should just foster a relationship for them and get to know their brother?

Will Kris and Brody be able to resolve these logical issues and enjoy their time together as a family? I guess we’ll have to wait and see.