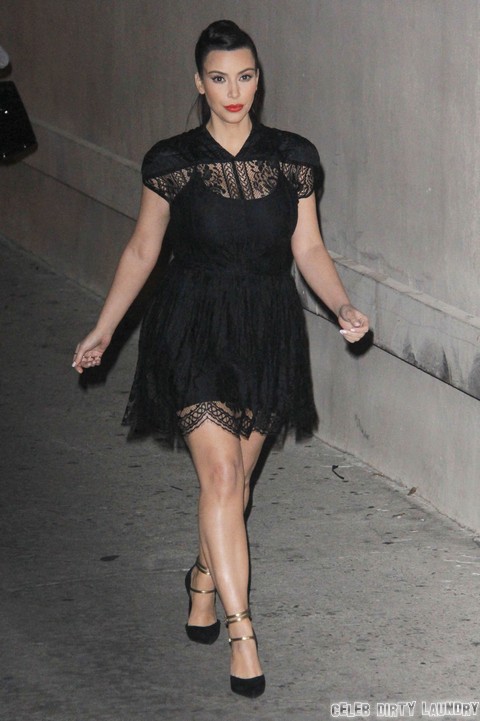 We reported the happy news yesterday—after almost eight years of an inside scoop limited to one TV show, three spin offs, countless interviews, Twitter, Keek, Instagram, and a personal blog, Kris Jenner has finally landed her own talk show. Yes, it’s been hard having such limited access to the Kardashian-Jenner family, but come summer 2013, we’ll hear the gossip direct from the horse’s mouth!

Kris’s talk show is “a lifelong dream,” according to the mother of 6. “I used to visit Kathie Lee 20 years ago and thought how lucky she was to have a talk show,” Kris reminisced to E! “I can’t believe this is really happening.” Neither can we! What more does she have to say? Besides slamming tabloid reporters for sensationalized reports about her family, Kris doesn’t seem to have much that really needs a public platform!

Thank god Kim Kardashian and Kanye West accidentally got knocked up last fall. The baby’s due date is just around the time of her launch, guaranteeing that the Kardashians will be cover stories all summer, giving Kris’s show the ratings boost and public interest it needs to survive. Though she promised to “dig a little deeper and put a new spin on the talk show world,” we don’t think she’ll manage it. Count on her first guest stars to be her kids and their friends!

Gossip David claims Kris even plans on presenting the baby to her studio audience, and is toying with ideas for maximum infant exploitation! “I could have a nursery on the set and could babysit. What do you think of that, Kim?” I think we all know that Kim would be over the moon, but Kanye will be furious! We know that he is not thrilled with Kim’s reality gig, making only brief appearances on the show, and encouraging her to quit entirely when her contract is up!

Kanye wants their family life to be as off-the-radar as possible, considering they’re major celebs. This baby hasn’t been all good news for him, either. He’s now a full Kardashian, and will never be known as just Kanye West again. How much will the taint of the fame mongering Kardashians damage his career? Only one thing is certain: he won’t let Kris exploit his baby without a fight! Will you tune in to Kris next summer?

Kim Kardashian, Kourtney Kardashian and their mom Kris Jenner stop by Jimmy Kimmel Live to make an appearance in Hollywood, California on January 29, 2013.