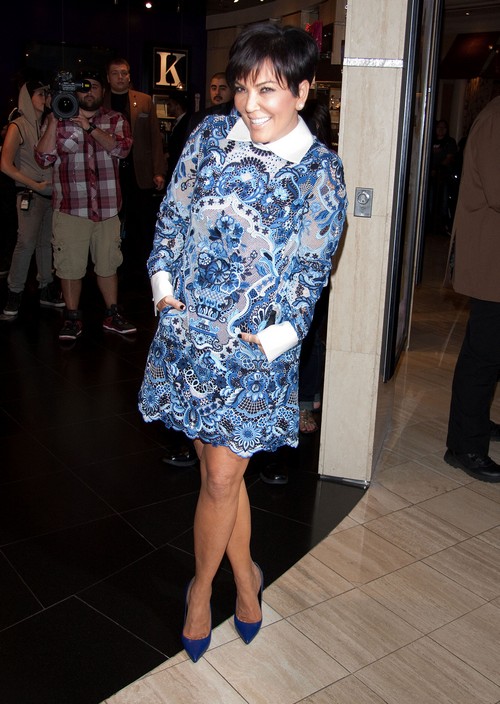 Poor Kris Jenner, it’s not easy pimping out your daughters for cold hard cash. When she unleashed Kim Kardashian’s sex tape on the unsuspecting world, she created an empire that includes their reality show, product endorsements, and appearance fees. So when Kris decided to toss her hat into the talk show arena, she thought that since everyone with no life watches Keeping Up with the Kardashians, they would naturally flock to her show like vampires to a blood drive.

Kris found out the hard way that you have to appeal to your morning audience of bedraggled moms trying to force Cheerios down their kid’s throat. Kris missed that by about thirty years. So when Kim had her birthday bash in Las Vegas. Everyone was invited. Everyone except the nasty bullies at Access Hollywood, who made the mistake of panning her first foray into Oprah’s territory.

RadarOnline reported that Access executive producer Rob K. Silverstein didn’t take too kindly to the snub. In an online post he let fly, saying he wasn’t going to kiss their asses and if they didn’t like what he said, they could take a flying leap off the Hollywood Sign.

Silverstein was unabashed in his criticism in Kris’s talk show abilities. Basically, he said her show stunk to high heaven and that she shouldn’t feel bad because Bethenny Frankel is in the same sinking boat. As we writers know there is no shame in failure. Kris doesn’t live by this mantra. She must win at all costs!

Apparently you must worship at the Kardashian’s altar to Kris and greed or no invite for you!