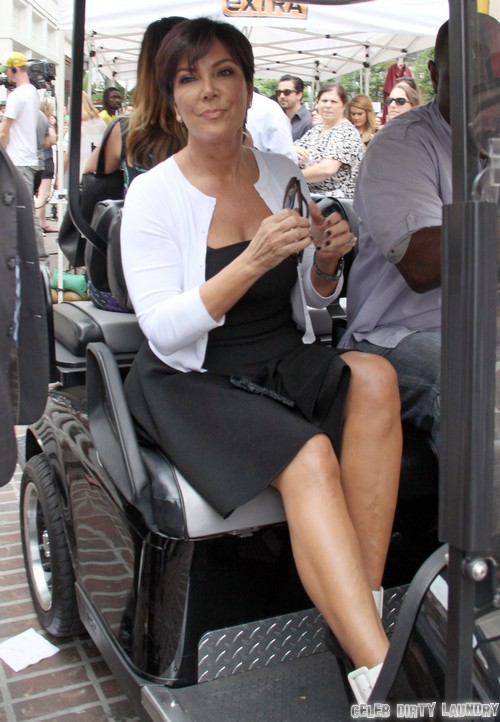 Ellen Kardashian has no desire to be intimidated by the reality star family headed up by Kim, Khloe and Kourtney Kardashian and their ringleader and creator, Kris Jenner.

Kim, Khloe and Kourtney may have tried to style themselves as Cinderallas with “The Glass Slipper” but Ellen Kardashian is the wicked stepmother and feels no love for the clan and especially not for Kris Jenner.

Kris Jenner attempt to frame Ellen by suing her for selling stories loaded with negative history about the clan’s abnormal and repulsive behavior.
The Kardashian’s lawsuit was not only an attempt to gain possession of Robert’s diaries, but also Kris Jenner’s way of avenging Ellen’s happy marriage to her late ex-husband. Kris never got over being kicked to the gutter by Robert for being a self-admitted “slut” – and she resents it even today.

But now the Kardashian lawsuit against Ellen has backfired with the defendant coming out swinging and counter-suing with a lawsuit of her own!

According to Radar Online, Ellen claims Kris Jenner and her clan hired private detective Jake Schmidt to cook up any old dirt on Ellen to use on their reality show in an episode called ‘Enough is Enough‘

Ellen might be a widow of a rather mercenary bent – not worrying about what society thinks of her desire to capitalize on her deceased husband’s diaries – but she is not a total fool.

Jake Schmidt sent Ellen text messages with preposterous information which was a crazy stunt from an incompetent detective. The Reality TV family aired trumped up scandal about Ellen to increase ratings – and this is Ellen’s legal claim.