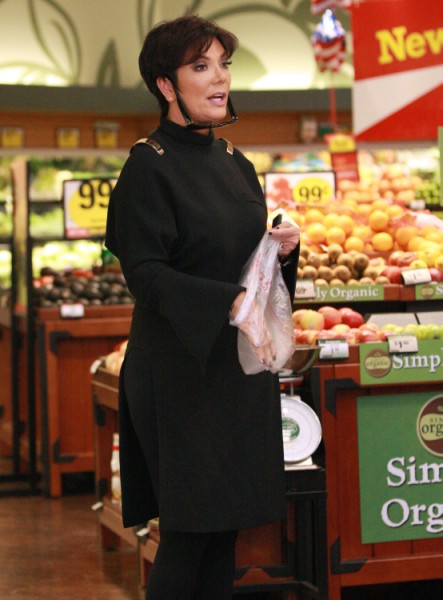 Now, I find it very hard to believe this woman said no to marriage counseling. Kris Jenner could have squeezed one, maybe two, episodes of Keeping Up With the Kardashians out of it – at least. It would have made for great TV. The busy momanager, narrowly focused on her new talk show, is so consumed with ratings and scoring guests that she forgets how important her family is to her. Bruce Jenner hires those two rascally Jenner teenagers to convince their mom to meet them for a special meeting with a model scout/producer/etc. but when Kris actually shows up she finds out she’s meeting with a marriage counselor instead. She balks. She cries. She feels bamboozled. But then she feels… loved. And, like Ebeneezer Scrooge before her, she realizes the joy in everyday life and that nothing is as important as family – not even money and fame. And scene.

But according to Radar Online, there will be no happy Dickens ending for Kris and Bruce. For the last few months he’s been trying to work on their relationship but Kris thinks everything is OK the way it is – which means she does her own thing and makes sure he’s around to film when the shows needs him. Bruce is spending most of his time at his Malibu pad and it seems the end is inevitable.

I thought Bruce was in Malibu to keep away from Kim Kardashian? Aren’t she and the baby hiding out at the Jenner house? If I were Bruce, I’d be in Malibu too. Who wants to be around Kanye West and a newborn? Radar goes on to describe Bruce and Kris’ relationship as more of a friendship at this point – meaning no sex involved. Whatever. They’ve been together over 20 years. That sounds about right. Who the hell sometimes doesn’t wish their spouse had a special getaway? And who wouldn’t want to stay on the beach during a California summer? This sounds completely normal to me, nothing like an imminent divorce. Bruce Jenner wants marriage counseling but I think he should just hang out in Malibu a little while longer. Try out the whole absence makes the heart grow fonder approach first.