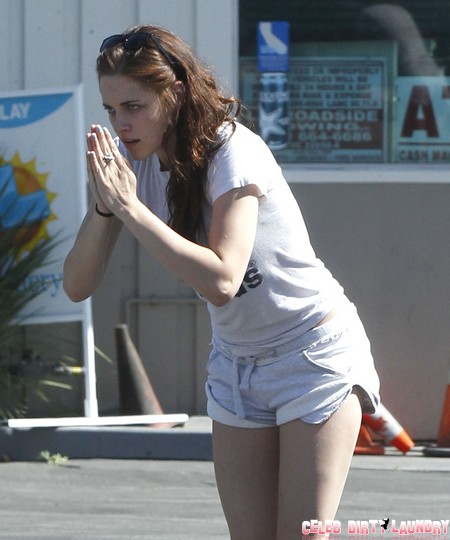 There’s a lot of drama going on in pre-production! Fans are dying for news of the Fifty Shades of Grey film adaptation, but Universal Studios is being no fun at all. Some studios do fun Twitter scavenger hunts and leak clues and photo pieces and give mysterious statements to the press. The team for Fifty Shades? Not so much! And we’re dying! Even our first class tease Ian Somerhalder won’t do any more than smirk and smolder when we corner him and beg for details! What’s a girl to do? Well, stalk everyone’s Twitter, of course! After a solid day of sleuthing, we have news—and it isn’t just that some of these people need to learn how to use direct message!

We’ve heard the ghost of a whisper of a rumor that Twilight director Bill Condon may be attached to the picture, which has yet to fill in some crucial roles. Screenwriter Kelly Marcel has been typing away since October, and a handful of producers have been named. Other than that, it’s like a barren wasteland of information! Fortunately, Condon’s partner Jack Morrissey hasn’t been so guarded with his Twitter, and has been gabbing with Marcel! He tweeted, “Tell her to get off Twitter and back to her TYPEWRITER.” Uhm hello. Why on earth would Jack get involved, unless his partner is getting seriously missed about the hold up in the adaptation? I mean, surely it doesn’t take 4 months to translate the book to the screen. Besides, it’s going to be 90% sex scenes. How long does that take to type?

Kelly was in good spirits and replied, “SLAVEDRIVER!” which leads us to believe the playful banner is all-but studio confirmation that Condon is attached. Besides, Jack is a producer, so of course he’d get on board anything his partner did! What can you take from this? Translate all the Breaking Dawn drama from Forks, WA, to Seattle, WA. Turn vampires into sex-starved CEOs. Our only fear? That Condon loves Kristen Stewart and is going to insist that she star as the mumbling Anastasia Steele. Oh god, could anything worse happen? Also, it sounds like Kelly is taking too long with the script! Are they putting on the final touches, or is she spending too much time worrying about what her grandmother will think, and not enough looking up synonyms for erotic?