Kristen Stewart and Robert Pattinson Fighting Viciously in London – Another Breakup Near? 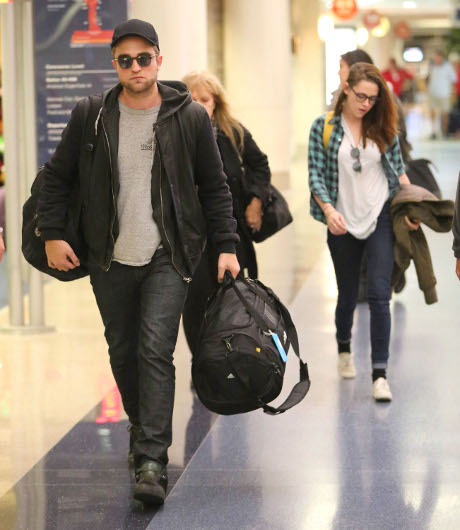 A funny thing happens when a couple tries to stay together after one admits to having been unfaithful — a lot of knock down drag out fights occur. This is exactly what’s happening with Robert Pattinson and Kristen Stewart. Think about it, every little issue can easily turn into a hot mess of mud slinging about lies, deception, fidelity and so on. Apparently being a Hollywood A-list couple doesn’t spare people from this pattern either.

While we’ve all been told that Robert Pattinson has forgiven Kristen Stewart and the two are working things out and doing well, that’s not necessarily the case. They may still be spotted together and travel together but that absolutely doesn’t mean that things are great. Despite holding hands in London on New Year’s the couple has been fighting, a lot. According to the latest issue of Life & Style it’s only a matter of time before Rob pulls the plug on this relationship.

In a nutshell he still can’t trust her and he is finding himself questioning her constantly. Add to that the fact that his family is definitely not supporting the relationship any more. They believe Rob deserves and can certainly find better than the home wrecker who broke his heart.

Rob has gotten smart and made some demands on Kristen. He wants to be at home in London more and if she wants to continue seeing him then she will have to split her time as well. Kristen wanting to be back in the states has, no doubt only added to the strained relationship. Do you think Rob and Kristen will be celebrating together next New Year’s or is this relationship about to crawl to an abrupt halt? If he can’t trust her then eventually he’ll end it, don’t you think? Tell us your opinion in the comments below! What else could be the cause of Robert Pattinson and Kristen Stewart’s fighting? Will there be a Kristen Stewart and Robert Pattinson break up soon?