Kristen Stewart Hot for Jodie Foster’s Directing Abilities — When Will the two Hook Up? 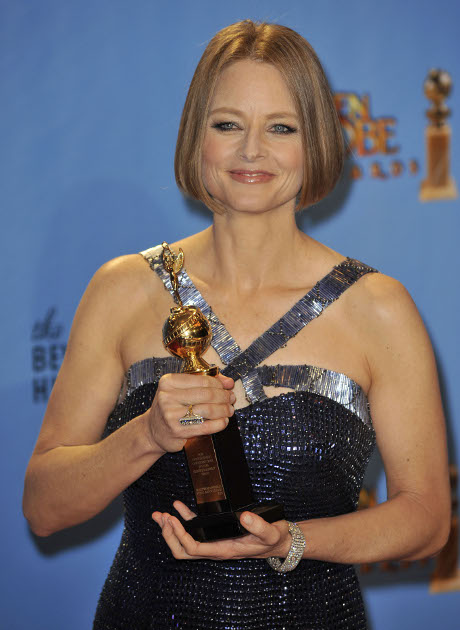 At Sunday night’s Golden Globe Awards, Jodie Foster’s Golden Globe’s acceptance speech made several different turns, and, despite the sincerity of her words, more than a few people a bit confused.  One of those turns made it seem as though the actress were retiring. Another turn made it come across as a coming out speech.  While yet another turn pointed out her need to protect other child stars, especially those she’s previously worked with.  One of the child stars she mentioned was none other than her Panic Room co-star, Kristen Stewart.

Stewart also feels close to her former co-star, as there are reports around the web that say Stewart was relieved to find out that Foster is not (probably not) retiring after all.  A friend close to Stewart has said that Kristen is eager to work with the award winner once more.

Eager to work with her?  Eager to be close to her?  Do I sense some attraction there?  Is there something more to this?  Maybe.  Maybe not.  Jodie Foster came to Kristen Stewart’s defense in the wake of her cheating scandal.  Stewart is most likely grateful that she had one ally that wasn’t related to her.  I’m sure now she feels that she has to do her best to remain in Foster’s good graces.  Smart move, sort of.

She wants to be in a movie directed by Jodie, but wasn’t the last one she directed The Beaver?  Last I checked that movie was a flop.  What was the last movie she directed that actually did well?  Was it Little Man Tate?  Meh, who cares?  She’s a great actor, period.  Kristen would be lucky to have her as a mentor.  She could learn a few things from Foster.  Such as, not making out with directors in small cars in full view of the paparazzi.  Though things would have been much more interesting if the director she was making out with was Foster.

What do you think readers?  Will Kristen Stewart and Jodie Foster make a good team again?  Which is a better fit, the duo on-screen or off-screen?