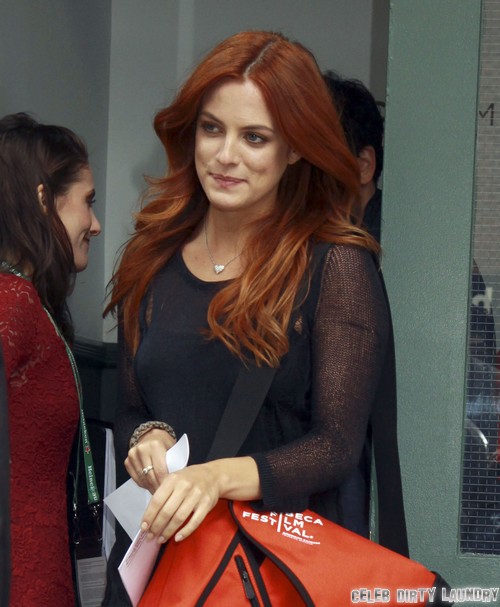 So even though Riley Keough’s rep tried to make it very clear that there was nothing going on between Riley and Robert Pattinson, tabloids refuse to believe it. I mean, it wouldn’t be the first time that reps have lied on behalf of their clients, but we haven’t gotten any more pictures with Rob and Riley together, so it’s hard to know who to believe. On the one hand, they could just be hiding out now that they know that the tabloids have caught on. On the other hand, they might not even be dating, as Riley’s rep said.

Whatever it may be, OK Magazine has a new report alleging that Rob and Riley’s relationship is rapidly moving forward, but Kristen confronted Riley over it.

A source first explains that this situation with Riley is just a ‘rebound romance’ for Rob, adding, “They do just the typical stuff that has pretty much started all his relationships. They get into debates about politics, human rights, things that they had read in the papers that morning.”

However, another source allegedly close to Kristen then said, “Kristen was none too happy to find out about her ex dating her pal, and she didn’t hesitate to show it! She called Riley. She likes and respects her, but she just doesn’t feel like it is ever right to go after a good friend’s ex who is suddenly on the market.”

Well, if Riley and Rob are/were dating/having a fling, I do agree that Riley made an offside move. She and Kristen were close friends, but that clearly didn’t stop Katy Perry either. So is this a case of Kristen not having very good friends, or Kristen’s good friends being sucky friends? Let us know your thoughts in the comments.