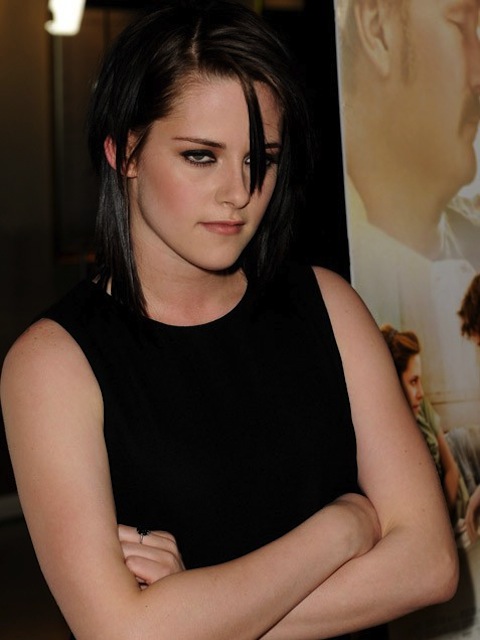 Kristen Stewart and Robert Pattinson are back together, there’s no denying it. Rob and Kristen were spotted spending celebrating Kristen’s 23rd birthday together. According to ET, which has the exclusive on the story, Rob and Kristen celebrated her special day with a bunch of friends at Mexican restaurant Malo in Silver Lake.

Some of these friends included Ashley Benson [from Spring Breakers] and other semi-famous people. Now, it’s clear from these pictures and the reports from the last few weeks that Rob and Kristen are together for good. They’ve managed to get through whatever problems they’ve been having, and are now stronger than ever.

That’s good right? Well, for people predicting that the relationship was just a PR stunt and that they would be broken up for good after the DVD of Breaking Dawn Part 2 came out, no. They were wrong, as were most people who predicted that there was no way Rob and Kristen would last. After all, Rob’s career is shooting up faster than a rocket, and Kristen, who was initially assumed to be the one who would go far, has been struggling for work. Sure, she has Focus, The Big Shoe, and a possible Snow White sequel coming up – but has she landed a major studio film since her cheating scandal went public? For all the boo hoo about Hollywood, at least Rupert Sanders and KS haven’t been able to brush this off that easily.

Now, with such a career discrepancy, are Rob and Kristen going to stay together in the long run? Fans would argue that after they’ve been through too much together to break up years down the line. But even couples that have been together for years and years end up finding it difficult when one half of the couple becomes infinitely more successful than the other [cough, Andrew Garfield and Shannon Woodward, cough]. Right now, they’re both pretty much equally famous [and infamous], and are happily celebrating birthdays and concerts together. In ten years? Maybe not so much.