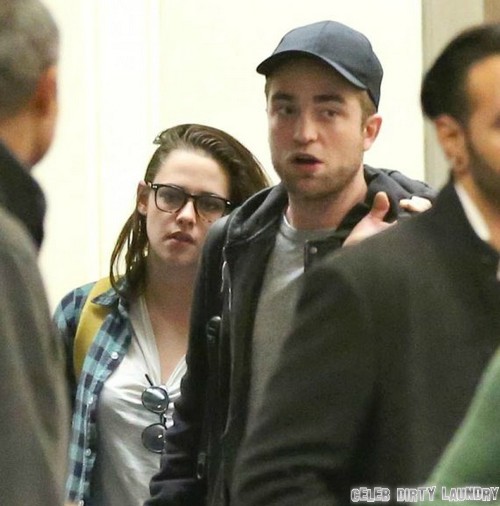 Robert Pattinson was said to be filming The Rover in Australia, but he and Kristen Stewart are said to have been reunited after being apart for over two months!

Kristen and Rob’s relationship is featured in the latest issue of Life & Style magazine. Apparently things are okay between the two of them? Perhaps he just needed that away time so that he could work through everything that has happened between them?

The Twilight couple were back together yesterday for the first time in 64 days, according to the tabloid. A spy on the scene said that Rob and Kristen hung out at a bar and even posed with fans. The source said, “It was a mellow night. They were just hanging out with a few friends at a booth.”

Earlier this week, filming on The Rover was complete, so Rob hopped a flight back to the United States to apparently give things another go with Kristen. An insider said, “Kristen is desperate to keep Rob. She would do anything.”

We’ll just have to wait and see how all of this plays out — stay tuned!