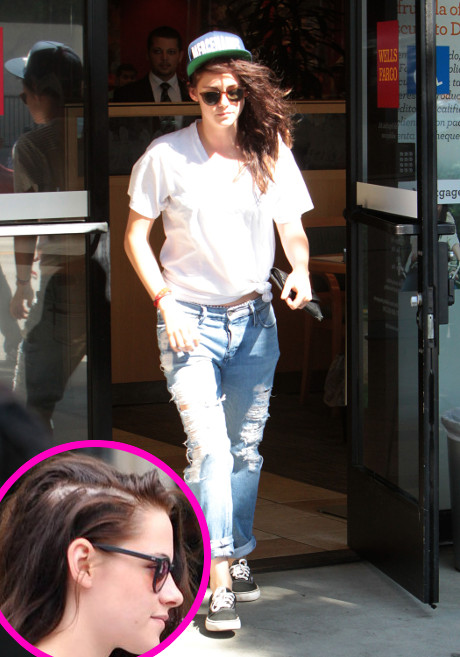 We reported a while ago that Kristen Stewart was going bald, perhaps as a result of her current situation with Robert Pattinson, but now, according to OK! magazine, it’s all because of Rupert Sanders! Reportedly, she reconnected with Rupert for a while for a second-time-fling, but the relationship eventually fizzled out and left her with a ridiculous amount of guilt that supposedly left her health in a state of crisis.

According to the magazine, a source says that Kristen’s balding is directly correlated to unrequited love and the realization that she and Rupert will never have a future together.

The course continues: “Because of the enormous guilt weighing on Kristen’s head, she hasn’t allowed herself the time she needs to let herself heal. Kristen stays super busy to stay in denial. But the problem is, her body isn’t in denial. Kristen’s mental state is being played out on her scalp.”

What do you make of this crazy story? Do you think Kristen Stewart and Rupert Sanders were trying to rekindle their relationship for a brief moment, only to watch it go up in flames, leaving K-Stew in a broken state? Where’s Liberty Ross in all of this? Let us know in the comments section below! Kristen Stewart/Rupert Sanders dating again?