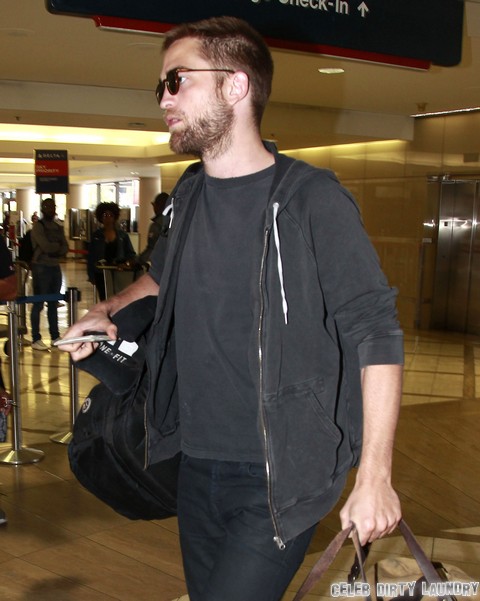 Kristen Stewart is a big mass of contradictions lately. I mean, she waited alone for two months for Robert Pattinson to return home from filming in Australia. By all appearances Kristen was on her best behavior while Rob was gone and since reuniting the twosome appear to be on good terms. I mean let’s be serious here, Kristen rarely looks happy and lately she has been accidentally cracking a smile here and there.

So what is this about her meeting lover Rupert Sanders outside a club last weekend? I mean the guy looked like him and drove a car like his and the trampire strolled right outside and hopped into the car- while Rob just so happened to be working in NYC. I’m sure by now Kristen isn’t cocky enough to think that she wouldn’t be caught, especially since that has proven to be untrue in the past.

Supposedly she has never been happy with Rob and is dreading when he leaves to go on location to shoot his next film in August. Aside from me wondering if Kristen will ever be lucky enough to have another location shoot in her stalled out career, I have to wonder if Rupert will make another appearance in her life when Rob leaves. For all we know Kristen may have never really cut him out in the first place! The media just assumes as much but honestly, if she and Rupert want to connect I’m sure they can find a way to do it incognito.

Rob was said to have booked it home from NYC after news of his love climbing into Rupert’s car surfaced last week. Do you think he trusts her at this point? Should he be weary? Is she still the type that needs attention and will seek it from anywhere, or has she reeled in that bad behavior once and for all? Tell us your thoughts in the comments below!