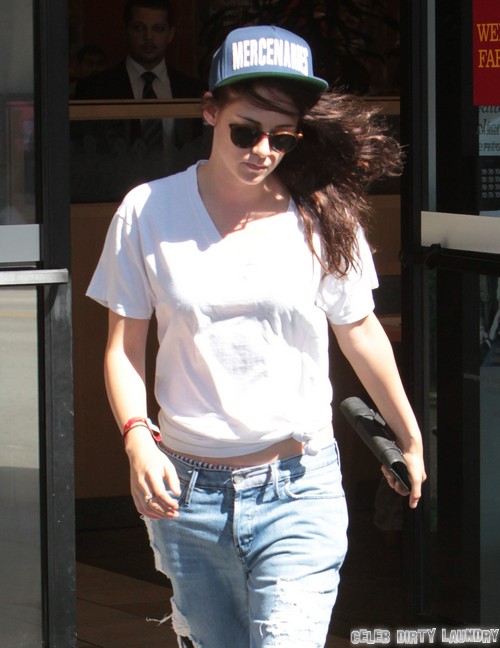 Kristen Stewart has been linked to her Camp X-Ray co-star Lane Garrison ever since her split with Robert Pattinson, but a new report from Star Magazine alleges that Kristen has recently set her eyes on Zac Efron.

Star’s source claims, “Pals say [Stewart] thinks [Efron] would be the perfect rebound to help her move on from the broody Brit. Kristen’s relationship with Rob was so tense. She’s ready to have a good time, and wants to date a completely different type of guy.”

The source also adds, “Insiders say Zac is excited at the prospect of hooking up with Kristen, but [people should not] expect the two to be Hollywood’s next It Couple. He’s a bit of a playboy, so he wants to keep his partying lifestyle intact. He’s not looking for anything emotional, and Kristen doesn’t want anything serious.”

Wow, there are so many plot holes in this story, I don’t even know where to begin. Well, first of all, calling Rob a ‘broody Brit’ is so false – if anything, Kristen was the moody one in that relationship, and Rob’s actually the one who kept it light and fun. Secondly, when is Kristen supposed to have hung out with Zac? He’s been busy filming and promoting his films, and she’s been busy filming Camp X-Ray. So many of these stories act like actors just have endless time to go partying and hooking up whenever they feel like, when in reality their hours are long and punishing, and all they do is sleep and eat and work.

Regardless, can you guys even imagine Zac with Kristen? One lip bite and angsty hair brush later, and Zac is outta there.

What do you guys think? Do you think Zac and Kristen would make a cute couple, or is this story ridiculous? Let us know your thoughts in the comments.