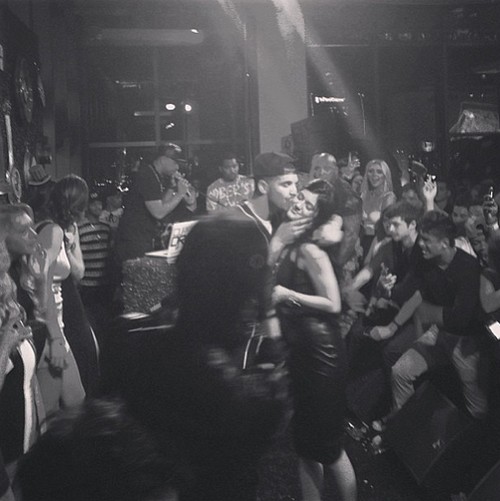 Everyone knows Kris Jenner likes do things lavishly. If there was any doubt all they had to do was look at her house, or better her kids, because they all inherited her spendtrift ways. I know they play it up for TV ratings but really did they have to throw Kylie Jenner such a party.

Kris tweeted after the party at which Drake and Kylie were photographed kissing, “Wow wow what an amazing night @kyliejenner I hope you had the most wonderful birthday! Thank you Drake AKA @champagnepapi @bigsean for the surprise performances!! #loveyoukanye”

It’s not as if these people there are really Kylie’s friends. She works all the time and doesn’t go to school. These people were either bought or found on Facebook. So great parenting Kris and oh, by the way, checking all major valuables to see if they’re still there. You never know with these freeloaders. That includes Willow and Jaden Smith. They came to boost their career and status. Be serious, if the Jenner family wasn’t in the press all the time, those two siblings would have dropped them.

Kylie probably knows this deep down but hey, happy birthday! This is her life now. True friends don’t want to be around the media circus her family intentionally courts. They like things like privacy and not being followed around with a camera  Why would they have gone to this party? Oh that’s right, they could have received goody bags (bribes).

Here’s the thing about the Jenner Sisters. They are a pale imitation of the Kardashians. Yes its one family but the younger girls are merely poseurs while the older ones are hardcore professionals. For all the hate on the Kardashians, they still are making the headlines.