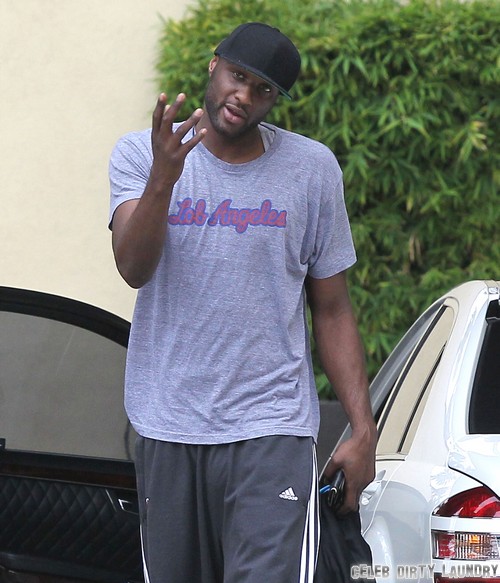 It has not been the best couple of weeks for Lamar Odom; first people found out that he’s a hard core drug addict and that the LA Clippers won’t be signing him back on because of it – he’ll be lucky if any other team signs him at this point. It’s also been proven that he’s cheated on Khloé Kardashian, though now this really puts the nail in the coffin since he was arrested for to driving under the influence (DUI).

Lamar Odom was arrested at around 3:54 a.m. on the 30th of August and then was taken into custody. I’m not surprised that he paid $15,000 to bail. I don’t know what’s going on through Lamar’s head, but it’s either he’s going through a mid-life crisis or that he’s really lost all of his common sense.

There have been several rumours spreading that Lamar Odom and Khloé Kardashian will be having a divorce, though it seems that these rumours aren’t real at all. It’s been said that someone who’s part of the Kardashian family has confirmed that Lamar was never missing to begin with and that he’s always been with Khloé the entire time, and that they’ve never even set foot near a divorce attorney.

Lamar has got to really smarten up with what he’s doing, because if he doesn’t he could lose everything he’s obtained, the most important being his career in the NBA, which I think he’s completely taking for granted.