Lamar Odom’s Rumored Crisis Manager Hunter Frederick Speaks Out: He’ll either be Dead in a Year or Make the Biggest NBA Comeback Ever — CDL Exclusive 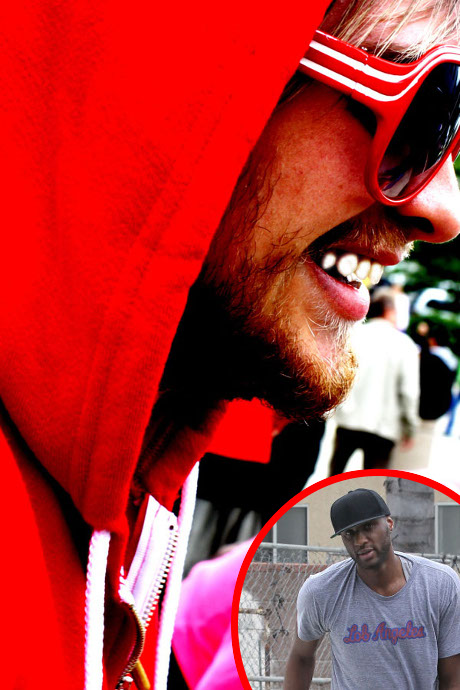 A couple weeks ago, we received information from an outside source that linked Hunter Frederick, a prominent crisis manager and public relations specialist, to Lamar Odom and his current ordeals involving substance abuse. Recently, Hunter Frederick reached out to us personally to clear the air of any misconceptions regarding his involvement in the Odom crisis and, while he says his firm isn’t involved with Lamar in any professional manner, he confirms that Odom’s current dealings with substance abuse remain a significant problem.

If Odom doesn’t get help fast, he could wind up in a very, very bad spot — an even worse position than he’s in currently. It’s quite clear that this is a sensitive time for Lamar and the people around him. We thank Hunter for providing us with the perspective of a professional, one who’s worked with many cases like this before, as we watch these events unfold.

Frederick says in a statement to us, “Lamar Odom will either be dead in a year or make one of the biggest comebacks the NBA has ever seen. It is apparent Lamar has a substance abuse problem. The trick with situations like this rests in the fact that rehabilitative assistance proves effective only if the person welcomes it into his or her life; it’s clear that Lamar hasn’t reached that point yet. Lamar needs people in his life who are willing to watch him, support him, and keep him safe so he can stay alive in the meantime. One day, when he hits rock bottom, he will ask for help.”

In an official announcement from Frederick’s office, the PR firm discounts any rumors alleging its involvement with the management of Lamar’s crisis:

Frederick & Associates would like to publicly state that reports of our firm being retained for crisis management for Lamar Odom are untrue and unfounded. We have made every effort to dispute this rumor when we have been contacted directly by press. We wish Lamar, the Kardashians, and their friends and family nothing but the best and will continue to keep them in our prayers.

Let us know what you think about the Lamar Odom drug scandal and why you think Lamar continues to find himself in a state of denial. How long before this talented athlete will recognize the fact that he needs assistance overcoming his addictions and larger demons?