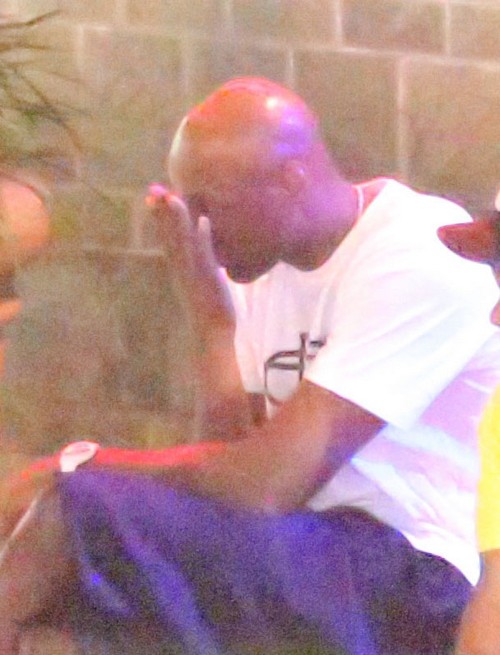 Lamar Odom could be allowed back onto the basketball court – sure beats criminal court or divorce court, right? In case anyone forget, Lamar was reportedly dumped by every team he’s played on in the last few of years. Not to say Lamar wasn’t a good player but coaches do prefer if their players come into work without drugs in their system. Something our favorite drug addict simply couldn’t comprehend.

According to USA Today, Lamar met with “the 14-year veteran met with Los Angeles Clippers coach Doc Rivers and other members of the team’s management group at the team’s practice facility on Friday” The Clippers have an open spot on their roster and sources close to the situation say the team is very serious about signing Lamar within the next few days or weeks.  Wouldn’t that be a great turnaround for the man who every blog announced as being at death’s door this summer?

Yet now he’s fighting to get back to the game which leads me to wonder. If he could get clean enough to play again then why didn’t he get clean for his wife. Khloe Kardashian has been going through his addiction just as much as he was. Sure, she finally had to call it a day but she did stick around through his addiction and his cheating.  So to hear Lamar’s gotten as far as to almost signing a new contract should be considered insulting to Khloe. All this says is that Lamar puts Khloe in a distant second place to whatever else is important to him at the time, whether that be Polina Polonsky or the LA Clippers.

Lamar wants to be the star he used to be. The one the fans came out to cheer and ask for autographs. Can he do it?  Will Khloe immediately take Lamar back if he signs another NBA contract?

Lamar Odom is all smiles and seem to be in a great mood hanging out inside and outside a bar in the San Fernando Valley, California on November 14, 2013. Note that a guy wearing a white t-shirt and a hat is seen greeting two girls outside the joint but didn’t enter the bar but instead got him to ride into his car. A closer look at the pictures clearly shows that one member of Lamar’s posse knows this guy and came to greet. It is unclear what words were exchanged but from the outside, it looked like the girls were invited to spend some time with Lamar and his entourage after their time at the bar.