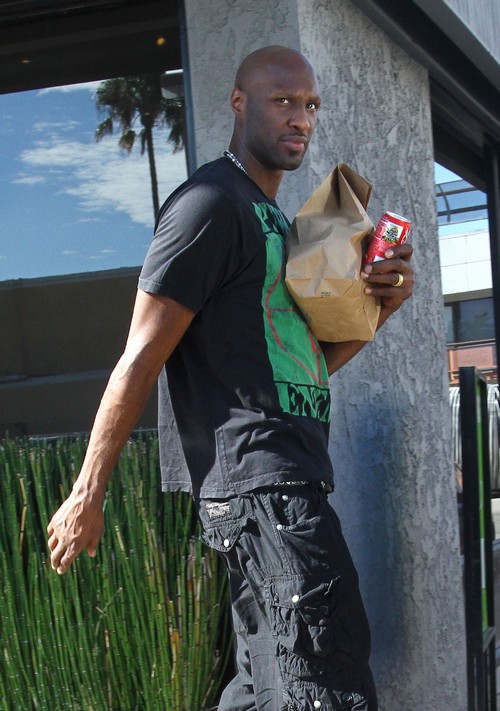 Lamar Odom was picked up for a DUI in August 2013.  Allegedly, Lamar failed several field sobriety tests; was taken to jail, where he refused to take a blood alcohol test.  As a result of not taking the test, Lamar was charged with 1 count of a DUI.  Sounds guilty right???   Well not according to Lamar – his lawyer Rich Hutton headed to court today and pleaded not guilty for his client, Lamar.

The judge in his infinite wisdom did not need to suspend Lamar’s license even though just about everyone in the world knows he is on a drug binge, the judge just asked him to obey the law.  That’s because Lamar’s license was automatically suspended when he refused the drug and alcohol tests the day he was arrested.  Lamar will have to appear in court next month.

Meanwhile, Lamar was too busy to head to court today, he had other things to attend to.  Lamar is rumored to be supporting his wife Khloe Kardashian because Khloe’s parents Bruce Jenner and Kris Jenner announced their separation yesterday.

Lamar is desperate to get back with Khloe and she has been standing firm until he cleans up his act, meaning NO drugs and rehab.  This was the perfect way for Lamar to get back in Khloe’s good books.

What do you think CDLers, will Lamar serve anytime of just get the celebrity slap on the hand?  Will Khloe take Lamar back?  Hit the comments and let us know your thoughts.