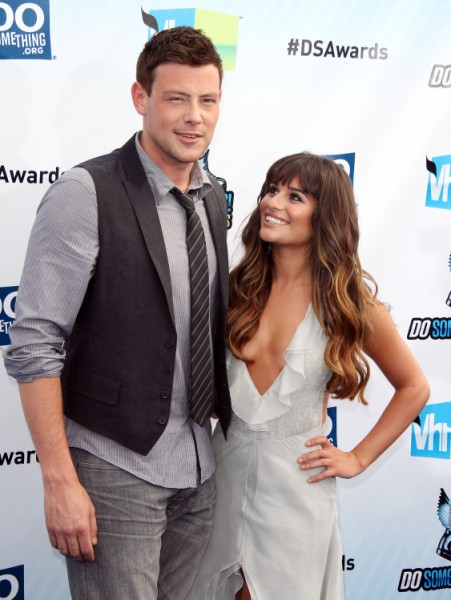 Hollywood is still reeling after learning about Cory Monteith’s death. Lea Michele has stayed predictably silent on the matter but many have issued support and condolences via social media. But that hasn’t stopped HollywoodLife from finding a “source” to predict her reaction. Lea Michele’s apparently hysterical and devastated by her boyfriend’s death. Well, no f-cking shit. Thanks so much for clearing that up for all of us. I was worried she’d be excited and overjoyed.

Jesus Christ, can you imagine? The kid was 31 years old. Cory and Lea have been a part of each other’s life and rise to stardom for the last four years. I can’t even begin to think how she’s coping or trying to cope or probably not coping at all.

I had to do a little research on this couple after I find out about the tragedy. I thought Cory and Lea were in Mexico vacationing together last week but Lea was just there with girlfriends. And it doesn’t seem like she was with Cory in Canada either this past weekend. Reports say he had friends in his room but it doesn’t sound like Lea was around. I don’t know what to make of that. Maybe they were just apart from each other for a few days or maybe Lea was staying away because she was sensing some bad habits resurfacing? I’m purely guessing here and I feel like a piece of shit for doing it. I have no idea if Cory relapsed although many are assuming that since he hasn’t been out of rehab long. Maybe Lea was away because of scheduling and there was nothing odd going on between them.

Regardless, this won’t be easy for her. It’s always a tragedy to lose anyone that young – celebrity or not. Our hearts go out to Cory’s family and friends at this difficult time.