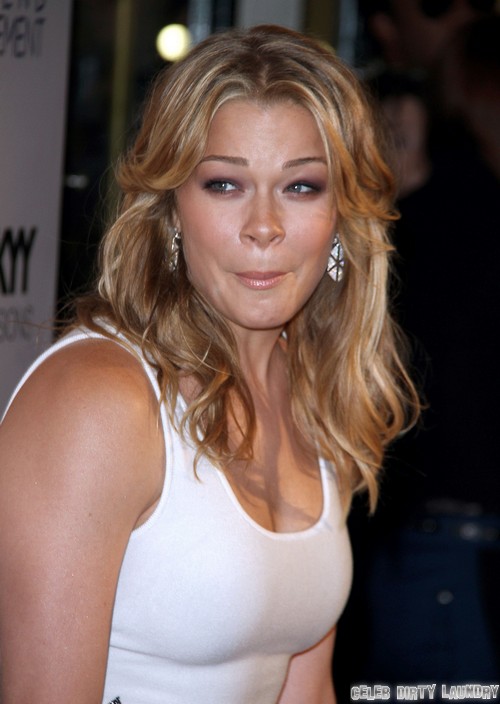 With all her current professional success Brandi Glanville has a lot to be happy about these days, but none of that can fill the emptiness she feels when she is without her two boys – Mason and Jake – especially on special occasions like Halloween. Brandi took to her Twitter to share the sadness she felt at not being able to spend Halloween with them: 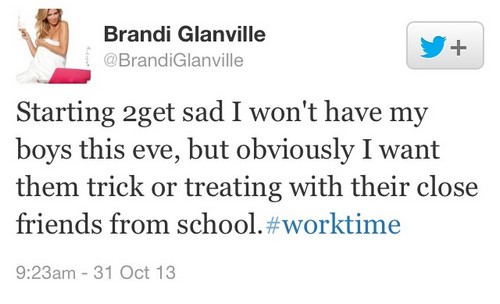 It is safe to assume that Brandi thought back to all Halloweens memories she once shared with her boys, before her and Eddie Cibrian divorced and began the often difficult road of co-parenting. As a mother I empathize with her sadness, as I know many of you do too.

There was at least one person who didn’t empathize with Brandi, and actually seemed to revel in it – per usual – and that person was none other than the now infamous LeAnn Rimes; once famous for her singing, but now famous for her bad behavior.

It is no secret that LeAnn seems to stalk Brandi’s Twitter page, and a source told Star Magazine that she doesn’t just troll Brandi’s page but that, “LeAnn goes out of her way to torment Brandi, like when she tweets about Brandi’s sons (Mason and Jake).” LeAnn proved this source right, and also showed us once again why she is consistently voted one of the most hated celebs when she started tweeting (the first one less than an hour after Brandi’s tweet) about being with Brandi’s kids on Halloween. 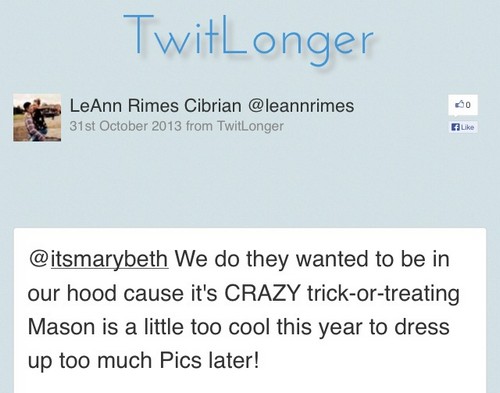 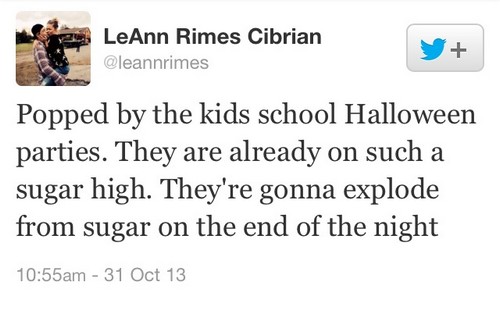 Brandi has explicitly asked LeAnn in the past not to post about her sons, but of course LeAnn does it anyway because she respects no one especially not her stepsons’ mother. She clearly enjoys hurting Brandi, and Twitter is her weapon of choice. For her part Brandi has continued to just ignore her, which I am guessing makes LeAnn even more obsessed because she is looking for a fight and being met with indifference, and nothing says I couldn’t care less about you than indifference.

Besides tweeting about Brandi and Eddie’s children, she tried really hard to squash those pesky divorce rumors by showing us what a happy home and marriage she has with this tweet: 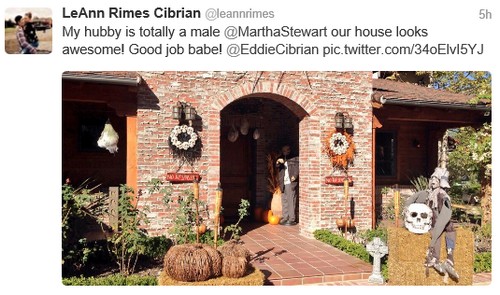 Oh LeAnn, poor poor delusional LeAnn – I believe that Eddie is the male Martha Stewart, just as much as I believe that you are one of the greatest female country singers. But thanks for the laugh. You’re always good for one. Pumpkin Liquor anyone?