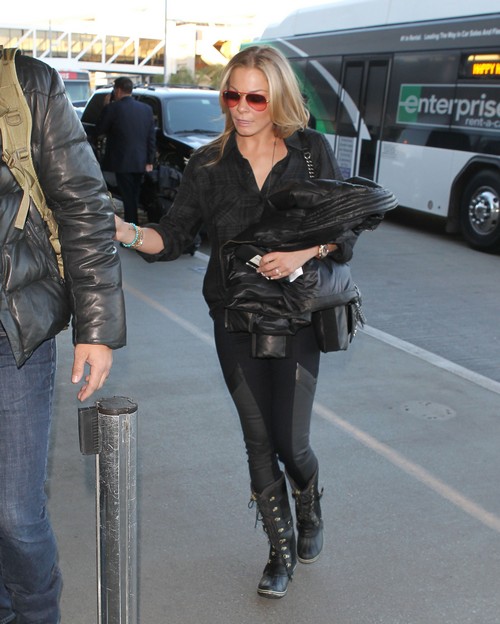 If like me you saw LeAnn Rimes’ gym selfie and thought something was amiss – you were right. First off although LeAnn is by no means fat, she has put on some weight and was spotted just days ago with those extra pounds. You simply cannot lose that much weight within a matter of days in a healthy manner. If – and that is a big IF – this picture was taken on Monday morning then she must be back on her diet of ex-lax or whatever other means of purging she favors. Here is a picture of LeAnn on December 22nd: 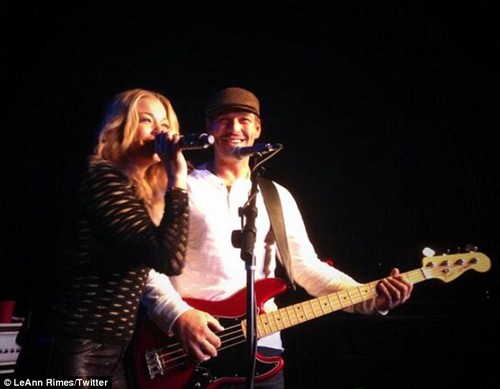 And here is LeAnn as she would like us to think she looks this Dec 30th: 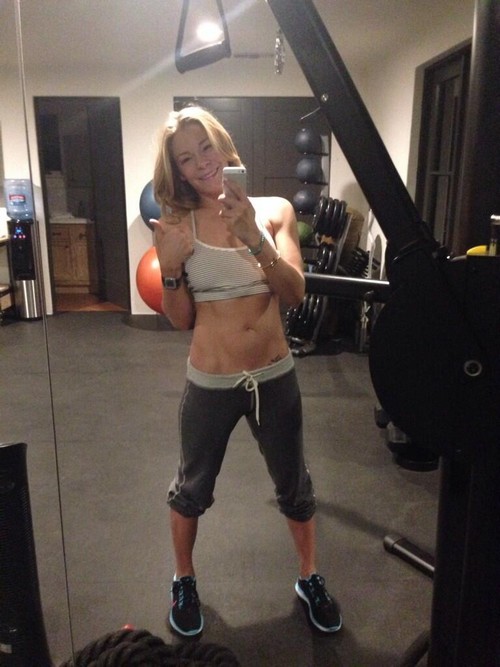 Let us break down all the ways this picture is suspect. As I just mentioned she was photographed as recently as Christmas Eve with much more weight especially on her arms and stomach. Also different is that in this picture her legs are very thin and yet hours later are noticeably meatier at the airport – even though she is wearing all black pants that would be slimming. Apparently she also found time for a spray tan because she has no tan in the picture and yet she had one at LAX.

I cannot say for sure when this picture of LeAnn was taken, but if it was Monday morning then she is definitely back on the laxatives because losing that much weight through proper diet and exercise will not happen in under a week. If this is an old picture – which it might be – I find it extremely bizarre (although LeAnn is bizarre) that someone would tweet an old picture and try to pass it off as recent. Yes we had to endure Kim Kardashian tweeting endless old bikini selfies when she was pregnant, but at least she wasn’t trying to act like that was how she looked – it was more of a reminder to the world how she can look. It is in a word – embarrassing.

And in more LeAnn is a kook news – she spent the last few days tweeting incessantly about her luggage and packing for the kiddos because she is so happeeeee.

But all these tweets about the kiddos and the great vacation that lie ahead was just her usual way of trying to antagonize Brandi who has admitted how painful it is each time she has to say goodbye to her two boys when it is their father – Eddie Cibrian’s – time with them. In fact Brandi took to Twitter on Sunday to express how sad she was that she would be going a whole week without her boys:

Oddly enough in the past LeAnn supporters have bashed Brandi for expressing her sadness over having to share her children 50% of the time. I am pretty sure that Brandi didn’t decide to have children so that she could only be with them 50% of the time. If you are a loving parent you will ache each time they go. Fact. But such is the life of co-parenting, although soon she may not have to deal with the overt taunting of her ex-husband’s new wife because LeAnn and Eddie are reported to be close to divorcing. In fact according to a blind item on Just Say Jenn a certain couple who just left on a vacation will have their own separate quarters – she will have hers and he will share his with HIS kids. But of course LeAnn – being LeAnn – will continue to put on her happy façade all while using what time she has left with Eddie to continue trying to hurt his ex-wife Brandi. Of. Course.

LeAnn Rimes and her husband Eddie Cibrian arrive at LAX Airport with his boys Mason and Jake to catch a flight on December 30, 2013 in Los Angeles