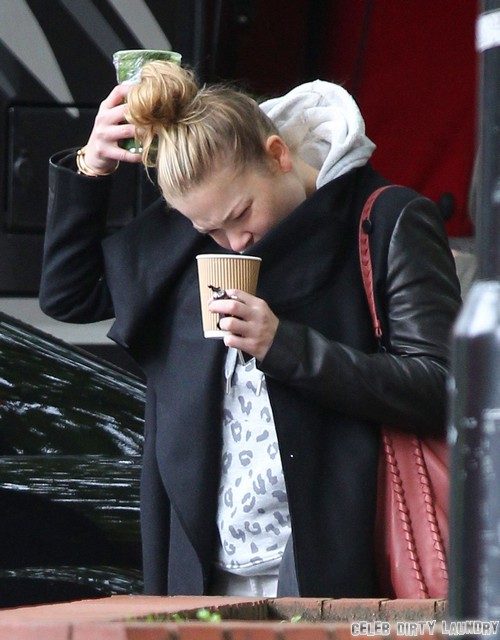 LeAnn Rimes and Brandi Glanville‘s war continues, which probably marks one of the longest feuds in Hollywood history. Not that anyone really cares, LeAnn is insane and a nasty piece of work as well.

Although LeAnn is almost always to blame when it comes to starting fights with Brandi, this time it’s definitely LeAnn’s fault. When LeAnn saw a promo for The Real Housewives Of Beverly Hills featuring Brandi Glanville discussing rehab, she couldn’t help but take a poke at Brandi on Twitter.

LeAnn wrote on Twitter, “You say the truth you’re horrible, you deny the truth, you’re liar…..lose, lose…no one cares about the truth.” Brandi then replied, “I refuse to engage in this obvious attempt to get under my skin, even tho I really want to! Still no dress! Utoh! Happy am.”

If she refused to ‘engage in this obvious attempt’ to get under her skin, why reply to the tweet in the first place? I never understand these reality stars. It’s obvious that everything they do is manufactured to increase their publicity, yet they hate admitting that they would ever resort to such methods. In this particular case, yes, LeAnn clearly started it. There was absolutely no provocation, and it was extremely childish and exactly what we’ve come to expect from her. But Brandi should know better, as she’s actually been the more mature of the two. By replying to LeAnn’s tweet, she’s giving her exactly what she wants.

What do you guys think about LeAnn’s and Brandi’s never-ending feud? Do you think they will ever reach a point where they can just ignore each other and not get into silly fights on Twitter? No, me neither.