LeAnn Rimes’ Dance Teacher Shannon Hensley Speaks Out – Find Out What She Says! 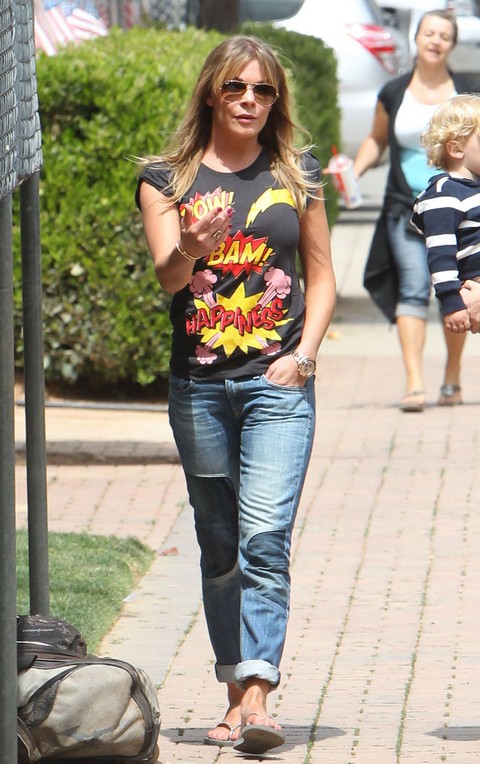 When I think of LeAnn Rimes now I instantly picture that sickly looking blonde chick that seems to cling non-stop to husband, Eddie Cibrian’s arm. I forget that she ever had a career that made millions of fans adore her. I also forget that I used to think she seemed like a nice girl. Instead I associate her with cheating, lying, husband stealing and a boat load of crazy upstairs. Ironically, I’m not the only one that used to have a different impression of LeAnn.

According to the April 22nd print edition of The National Enquirer, LeAnn used to be the sweetest thing ever, with real ambition and heart. Shannon Hensley was LeAnn’s dance teacher beginning at age 3 and she had the privilege of watching the talented young girl grow up and reach for the sky. She says that LeAnn always told everyone that she intended to be a star and Shannon never doubted it for a minute. She also is wondering what happened to that young girl with so much ambition and such lofty goals. Shannon doesn’t recognize the woman that LeAnn has morphed into and she can’t even begin to imagine how it happened.

Since LeAnn seems to refuse to have a career now that doesn’t allow her to keep a direct eye on her untrustworthy Eddie Cibrian, (stolen from arch-rival Brandi Glanville), the two are said to be shopping a reality show. Would Eddie be a good boy if a camera follows him around or would it just add to the thrill of finding a way to cheat without getting caught? I don’t believe for a minute that this guy is even remotely capable of being loyal, do you? Why do you think LeAnn has allowed herself to be in such an unhealthy relationship – one that has wreaked her career? Tell us your thoughts in the comments below!