Did LeAnn Rimes and Dean Cain Cheat on Eddie Cibrian While He Was Cheating on Brandi Glanville – Twitter Evidence? 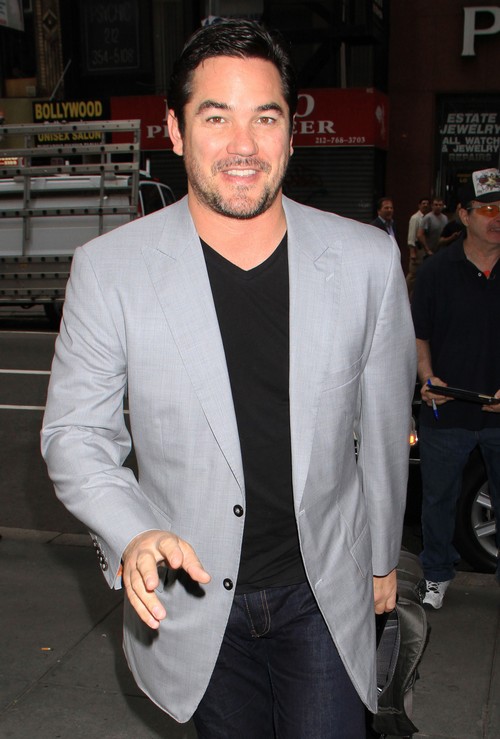 Before becoming obsessed with Eddie Cibrian, it seems that LeAnn Rimes had her eye on another handsome mostly television actor and Eddie look-alike – Dean Cain. Luckily for Dean, LeAnn ended up setting her sights on Eddie. Thank your lucky stars Dean. Seriously thank them.

This little tidbit was revealed today by one of LeAnn’s Twitter friends, but will just call her LeAnn’s friend, since we recently learned that LeAnn only has Twitter friends and had to actually hire someone to play her friend for her scripted disaster show. It all began when one of LeAnn’s last remaining diehard fans tweeted her a picture of a couple tree camping, which is when LeAnn’s friend jumped in on the conversation and inadvertently revealed LeAnn use to call Dean Cain – “my Dean”:

Her friend, @WriterAJCarroll, realized at some point that people might think that the Dean she was talking about was Dean Sheremet, LeAnn’s ex-husband, so she cleared up any confusion by writing, “Let me make myself clear RIGHT FREAKIN NOW… I was referring to Dean Cain ..C.a.i.n. NOT LE’s ex. AND ITS A RUNNING JOKE between 2 friends..” She then apologized to LeAnn for tweeting that whole mess in the first place, and LeAnn pretended she didn’t see it which is a total and complete lie because LeAnn lives for Twitter. It was at this point that LeAnn suggested we all need help, because nothing builds a fan base like debasing the public. And yet she wonders why she has spent the last couple of years watching the CMA’s at home drunk on her couch. To be a successful artist you need fans. Fact.

This isn’t the first time that rumors emerged regarding LeAnn and Dean Cain. In fact when LeAnn was still married to Dean Sheremet, but was sleeping with Eddie, she was also linked to Dean Cain. At the time he denied any romantic involvement with LeAnn telling Extra, “We are just friends. I’ve known LeAnn a long time.” The connection they share is that Dean Cain was engaged to LeAnn’s friend the late Mindy McCready, which makes the fact that she use to call him “my Dean” that much worse. Gawd LeAnn have you no morals? You have now broken every girl code ever written which is why you have to pay people to be your friend. Get a clue and a moral compass while you’re at it.

So there you have it folks LeAnn wanted her some Dean Cain but settled for some Eddie Cibrian, which now makes two of them in the relationship who just settled for who was there. Ooohhh. Burn.